On the pleasures of reading, pt. 1 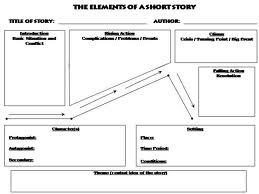 I wrote and "presented" a paper about this at the AWP pedagogy forum in Denver this year, but I'll give you the cleaner, sweeter, less academic version:

Basically, we are failing our students.

In teaching creative writing we tend to break down our chosen genre into a few basic elements. In fiction the canonical list goes something like this, and in this order: character, conflict, structure, setting, point of view, theme, and plot. Character refers to the people in the story and nothing else. Conflict refers to what they want and what's in their way. Structure can refer to several things, but typically we mean a three-part shape of rising and then falling action roughly corresponding to a beginning, middle, and end. (How much, when, and to what extent the action can rise and fall varies considerably according to who you ask.) Setting is where and when (but not how) the story takes place -- ideally a real location several years or decades (but probably not centuries) past. Point of view refers to the following options: close third past person tense, distant third person past tense, first person past tense, close third person present tense, or first person present tense, in that order of preference. Theme refers to the system of meaning and values that underlies the text, with a preference toward stories subtly structured to restrict readings toward certain ends considered productive. Plot is what happens.

Perhaps we also list "language," which refers to the selection of phrasing and words.

This list is reasonable and even useful in and of itself, but the attitudes that frequently attend its use are unhelpful. While we generally agree that different stories will emphasize different elements depending on their needs and the strengths of the writer, this list of elements is understood as being on some level a check list. A story either has "character," for instance, or it does not have "character," according to certain common but usually unspoken standards and definitions. Character is achieved by careful, tasteful use of heteroglossia within the narration; by careful, tasteful use of dialogue; by direct description of the character's thoughts and feelings; by indirect revelation through present and past action; and by direct revelation through narration ("Johnny was a real tough guy").

Likewise, setting would seem to imply the possibility of settings in time and space rather more diverse than "somewhere the author has lived or visited as it is commonly understood to have existed within the past hundred years" but generally this is understood as the only valid version of setting. Structure is understood largely in terms of 1) section breaks, 2) major events, and 3) perhaps most importantly, the arc of intensity (emotional, thematic, etc.) within the story. It almost never refers to the use and structure of language. Plot is often viewed derisively; the less said on "theme," the better.

Again, this list of elements is not necessarily unhelpful, but the restricting mindset that comes with it is deeply harmful. It limits student potential, alienates writers, oversimplifies the complex and interrelated decisions faced by writers, and leaves students needlessly under-informed about the possibilities of their work. The result is a more homogeneous, less interesting body of literature.

First, we should understand that while most stories will have most of these elements, some will not. The cult of character in fiction, for instance, is troubling to me. Yes, I love character. Yes, I think most people will have good results if they emphasize it. No, I do not think that emphasizing character above all else is a universal solution, nor do I always want to read stories about character. The same goes for all of these other elements, apart from language -- one can rarely write a story without language. (Plot is similar in that it's difficult to write a story in which "nothing happens" -- if nothing else, the text itself happens, and often this seems to be the plot.) 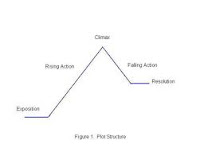 The first question we should ask, then, is not then whether these elements exist in a text, or even whether they are strong in the text. The most useful question to begin with is how they are present in the text. How are the characters characters? How does the setting operate both in terms of time and space, and style or mindset? How does the logic of the story operate in terms of structure, plot, and language? (Viewed from this perspective I find it difficult to separate these three elements, though others will experience them differently.) How does the language language?

Though both are canonical writers, Flannery O'Connor's stories happen not only in a different time and place from those of Joyce, but in different universes with their own logics, their own rules, their own styles of character, their own language. A Flannery O'Connor story couldn't happen in Dubliners for more reasons than the most obvious. Though I think we instinctively understand this, we often reduce it to a question of style or perspective, while ignoring the clear implication that if two writers operating in ostensibly realist modes can be so different, there must be logics and universes of story that would strike us as entirely alien, though they have their own powerful coherence (or powerful incoherence).

Once we've considered how a story operates, it becomes more reasonable to ask ourselves how well it achieves those operations. However, it is easy here to return to the sort of thinking that got us into trouble in the first place -- are the characters "deep"? Is the setting "convincing"? Does the plot "make sense"? These are often the right questions but not always, because they don't make reference to how the story aims to work. We have to ask ourselves that first, and then adjust our terms on that basis. A story may not want to have deep characters or a convincing setting. If it doesn't, it can still be pleasurable to read.

A more flexible way to look at the work in question would be, then, to consider what pleasures are present in the text (how is it pleasurable to read the text in its current incarnation), what pleasures are potential in the text (how might the text be altered to create more pleasure based on its current hows and whys), and what other possibilities present themselves after careful reading. This is, at its heart, another way of trying to do what we almost always say we mean to do, which is to focus on letting the story become what it wants to be rather than what we as individual readers want it to be. But ultimately I think it works better, for reasons I'll explain and illustrate in future posts.
Posted by Mike Meginnis