The Difficulty of Not Writing a Novel

I've been having a rough time dealing with the fact that I'm not, at present, working on a novel. This probably says something about the way my brain works -- and not something good. It's not even that I need to be actively working on a novel; there have been long periods during my time at NMSU where I haven't been actively working on my book at all, including a first year where I wasn't even sure what book I would be writing. The thing I'm really missing is, I think, the passive effort. 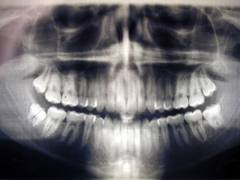 One of my instructors + mentors at Butler University was Dan Barden, who taught my freshman comp course. He made us immediately buy notebooks, in which we were required to write for fifteen minutes and later half an hour every day. The idea was that if your brain knew it was going to have to deliver on a regular basis, it would spend its off time working on ideas for when the time came. I'd been writing more or less daily for years (my first novella was completed at age fourteen, I think) but I hadn't really considered the mechanics of it. Afterward I became increasingly conscious of the way in which I was, when I wrote fiction, dependent on the material produced automatically and subconsciously in advance. At this point I tend to come up with a story idea, decide that in a day or a week or so I'll try to write it, and then eventually I realize I know how to do it. Then my job is to sit down and let it happen, more or less. Sometimes I have to start a story over several times over the course of years before my brain manages to figure it out, but I don't generally consciously mull, too much -- I pretty much just let it happen.

It's a lot like those computer programs that use your otherwise wasted computer cycles to fold virtual proteins or chart the stars or whatever. Writing fiction puts my subconscious to work! But what happens to all those brain cycles when I'm not using them on a novel anymore?

At this point I'm beginning to suspect "my brain eats itself alive." I get grumpy. I use the freed-up capacity to scratch furiously at stupid little itches, like, "What will my damn job be next year?" or "How can I better establish myself as a writer and editor and, more importantly, a sympathetic and likeable person?" My dreams become more vivid and I remember them more often -- awful, socially awkward nightmares where people tell me I suck and they hate me. I become more aware of the people around me, sure, but also much less companionable to them.

I catch myself thinking, "Well, if I'm not going to write something, why don't I get drunk?" I think, "That's probably what an alcoholic thinks." (Don't worry! I'm fine.)

In a couple weeks we'll be workshopping my novel and other books at NMSU, and I'll be teaching again, and taking a contemporary poetry class. I will presumably have short story ideas again. I may even write some poetry for the first time in an eternity (I kind of miss it!). I will find something to do with this brain of mine.

But, for now, my brain will just gnaw on its own meat.
Posted by Mike Meginnis