Pimp My Fic 2: Final Fantasy: The Spirits Within

So, we picked kind of a weird time to launch a podcast, which led to our immediately taking a week off, but the second episode is done and posted and ready. It features an awkward beginning and an awkward end! Also, it features discussion of Final Fantasy: The Spirits Within, a well-meaning movie that nonetheless kind of sucked tremendously. We did our best to fix it, while conceding that its lady 'stache technology was truly years ahead of its time.

Anyway, go check it out. We have an iTunes feed set up now, too, so you can subscribe to it there if you like. 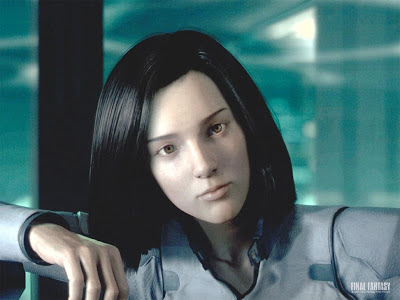 Posted by Mike Meginnis No comments:

Pimp My Fic 1: Shakespeare in Love

There are big things coming down the pike, including (just ferinstance) our next issue. And then even bigger things! But for now, the beginning of a weekly feature: Pimp My Fic, a podcast made by Tracy and also by me. In what seasoned industry professionals are already referring to as "PMF," we discuss potential fixes for failed or flawed movies, books, video games, and other. (But, honestly, mostly movies, because they're manageable and because a much larger number of you are likely to have seen what we're talking about in any given week.) You can download it here, stream it on this rather unpretty page, and the RSS feed is here.

Why are we doing a podcast? For the same reasons we do everything, more or less: we like a lot of podcasts that other people do, and it seemed fun. For a while we were tossing around ideas for shows, but nothing felt right until we were (unrelatedly) having a conversation about how to fix Fight Club, which might be the subject of a future episode. (The short version? Put some actual fight club in it, fergawdsake.) Tracy and I do this a lot -- using a combination of our shmancy education and practical experience as storytellers, we riff on how stories we almost loved could have been better. We realized, as we were having the conversation, that it might be a fun show! Then we made a couple practice episodes before settling in to do this one.

Let us know what you think! The podcast will be available via iTunes as soon as iTunes gets its act together. (In the mean time, you can subscribe by using the "Advanced" menu in iTunes, choosing subscribe to podcast, and pasting in the URL of the feed.) We'll take requests and suggestions for future episodes, but the next one is probably going to be about a movie that rhymes with Phwilight.
Posted by Mike Meginnis No comments: