#22 (65 seconds): We are in a packed hockey stadium. On the ice, zebras kick with short, wild strokes, lean into their sticks as they skate, look grim, desperate. The scoreboard is just visible at the edge of the screen, but we don't need to look at it to know the game has gone tense. The zebras knock the puck around, achieving nothing, until the audience seems ready to collectively shout. The ice looks ready to split. Finally, one zebra angles the puck across the ice, nearly slipping it into a goal before it is intercepted and knocked back, through the air. The audience inhales in preparation for a groan, then holds its breath when it sees the little red light blinking on the puck, the blades freshly sprung from inside. The zebras are too confused and stunned to move, even after one of them catches the bladed puck with his head. It hangs there and we wonder if he's dead, standing thanks only to a sudden stiffening of muscle, but then he pulls off his helmet, holds it away from himself, and examines the weapon lodged there. How did it come into play? Do all the pucks he's ever swung at hold such deadly blades? The players stare and the audience stares and we stare, until someone in the stands throws a plastic cup of beer out onto the ice.


#23 (2 minutes): A father, mother, and son sit around a modest dinner table. Dishes steam before them. The son, who is maybe eight, spears a pile of meat and raises it, dripping. His face is rapturous. "This pot roast is a slam dunk," he says.


"Get outside," the father says. "I don't want you touching that food until you perform a perfect slam dunk." The father watches the boy, who starts to move, but slowly. "Now."


Cut to: a driveway basketball court, the hoop mounted above the garage door. The father sits in a weathered upholstered armchair sinking into the grass. An impossible number of emptied beer cans gleam at his feet. Starting at the end of the driveway, the son runs forward, dribbling a faded basketball, and leaps with it in one hand. He is young and short and does not come close to touching the hoop.


The boy dribbles the ball back to the end of the driveway, then into the street. He kicks at the road like a bull, knocking up pebbles. It's dark. Lights are on in the houses all around and soon someone will complain about all this dribbling but the boy doesn't care. He clamps his jaw and runs down the driveway, knocking the ball against the concrete, and leaps for the hoop, and clatters into the garage door. The ball falls from his grasp and bounces into the grass.

My good friend, and co-contributor, Carrie Murphy, has a beautiful book out soon from Keyhole Press, titled Pretty Tilt. 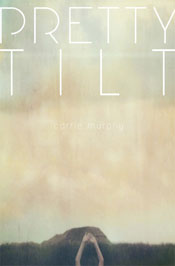 And you may remember me writing about Dan Magers needing a real book that smells and feels like stuff. Well he does, and it's called Party Knife, by Birds LLC. 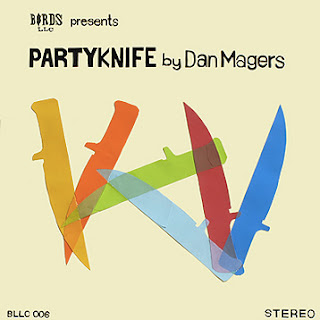 The first person to pre-order Pretty Tilt, email me (rawendeborn at gmail dot com) a screen shot of the receipt, will be sent a copy of Party Knife. Everyone after that will receive an erasure from a children's book. Both of these books are amazing and you will not be disappointed. Plus $10 for 2 books?! This deal ends today. 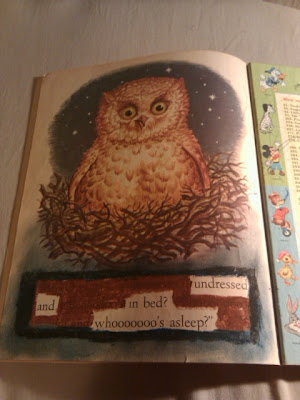