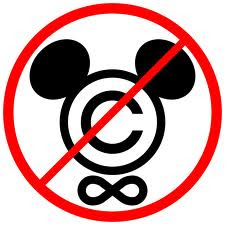 There has been some confusion in Tracy's life and mine as we construct course packets over the legality of these packets. The advice we've received from the school library in this matter has been self-contradictory and confused, and my own notions proven more or less false. It turns out there's a vast legal difference between, say, copying stories for students using money ultimately derived from their tuition and then giving them those stories for "free" (which we can't do anyway because graduate assistants have a crap copy allotment at NMSU -- as in, I assume, more or less all places) and having the library copy center do it for you and then letting them pay at cost. Even though, actually, it's ultimately the exact same amount of money changing hands.

I'm trying to figure out the polite way to say this is bullshit. Generally speaking the "mysterious" tendency of copyright law to extend itself every time Mickey Mouse comes up for passage into our collective intellectual property is about all the argument you need for the unnecessary arbitrariness and strength of copyright in the US, but the difficulties of educating poor students under this regime also surely deserves some mention.

The trouble is this: while universities will often give tenured faculty generous copy allotments, they won't do this for their part-time staff or even in many cases full-time non-tenured faculty, which are at this point the vast majority of instructors responsible for the vast majority of credit hours. In this situation, the students become responsible for financing everything they read for the class, whether in the form of paying for books or paying to print scans, webpages, and etc. (Of course sometimes you can just work from electronic copies, but in creative writing the discussion is pointless if you haven't got the text in front of you, and I try not to lead pointless discussions.)

If students need to pay for their copies, this is apparently illegal without going through an incredibly burdensome (and for many colleges no doubt unsustainable) process of attaining permissions in exchange for promises of trivial royalties. Some of us can go through that process -- Tracy's about to attempt it now, and if she succeeds then I'll follow. If we can't, then we're forced to work with anthologies, which, as I've just argued, likely lead to worse student outcomes, exclude certain voices, genres, and aesthetics, and make literature really effing boring (thus contributing to its so-called demise).

This leads to two perhaps unpredictable outcomes: less money for writers and redistribution of student money to a small group of already-privileged, possibly wealthy writers. Howso? Well, it's not as if I wasn't planning to make my students buy books -- I just have a limited budget (i.e., I recognize that I serve one of the poorest communities in the country, no kidding). The planned use of a course packet instead of anthologies freed me up to assign my students The Last Samurai and Whim Man Mammon. The former has, as I understand it, sold pretty well, but I know for a fact that the author could use the money from continued sales. The latter is a small press book that I'm assuming sold more in one month because of my class than it had in several months previous. Billy Collins and Tim O'Brien, meanwhile, will be fine -- they don't need my money. And of course they make far less on a sale of an anthology than Helen DeWitt will make on a sale of The Last Samurai. So, as I said: money gets redistributed from authors who need it more to authors who need it less by the dependence on anthologies, and at the same time writers are making less money.

In economic terms, the current copyright regime leads to very real losses of marginal utility. To put it in terms of mp3s, if you can't afford to buy the latest album by The National, but you would enjoy listening to that album, the economically ideal outcome would be for you to have the album anyway. (Well, really the ideal would be for you to be able to buy it for whatever price you could afford it at, but let's start simple.) The utility you would derive from the album is higher than zero, while the cost to The National of your owning the album is zero (it's free to them to distribute it online and through P2P networks). In short, your illegally downloading an album you wouldn't be able to buy is a positive-sum economic interaction. (I've seen Matt Yglesias make this argument in some form, I think, but I can't quite seem to find the post, so here's his blog.) And this is without considering the benefits to The National of your illegal download. You may, if you like the album a lot, pay for a copy later when you have the cash. You may end up going to one of their concerts or buying a t-shirt someday. You may help spread the good news about their album, which will in turn lead to more purchases than if you had not done so (and, of course, more illegal downloads).

The analogy to stories and poems is not hard to draw, and in fact the argument becomes much stronger. Right now the odds that any individual will pay money for a given story, poem, or other piece of writing (or even ANY piece of writing in a given day or week) are extremely close to zero: people don't spend money on literature. This isn't, however, because people don't like reading, as writers and publishers have generally convinced themselves. Rather the problem is generally the difficulty of finding a writer or a story you like, something that even longtime readers with plenty of time to spend on choosing and awareness of the market find daunting. Part of the solution is to make it easier for impressionable people -- students, for instance -- to be able to read your content for free or close to free, which will make them slightly more likely to go out and buy more of your writing, especially if it happens to be really good. Meanwhile, even if they don't go out and buy another story, they've still derived utility from the one they read for free, and, in the scenario where I've copied your story for them, you didn't lose a penny. Again, this is a positive-sum interaction with potential for every party to win.

In spite of the inflammatory title above, I'm not arguing that copyright needs to die. I think that our current system of excessively strong copyright with lax enforcement works okay, and that a system of somewhat looser copyright with lax but more consistent enforcement would be better. Rather, I would argue that it's in both the enlightened self-interest and even the narrow self-interest of publishers to explicitly allow far more nonprofit uses of their content, especially where educational purposes are concerned. It would be possible to imagine extreme abuses for looser rules -- a person might construct a not-for-profit anthology of all their favorite famous stories and sell it to anyone on the planet, or post all their favorite famous stories online, given the right legal framework -- but these would be rare, especially in the case of literature, and would in most cases still probably be positive interactions for all parties, on net.

Thinking carefully about what this implies for Uncanny Valley.
Posted by Mike Meginnis