Let's talk about something that drives me up the wall. It's something you see from well-meaning, high-minded people all over the country, constantly. I particularly see it used to sell books, but I also see it used to sell me on charity, certain services, and even occasionally stuff that isn't generally considered high culture or a charity case. 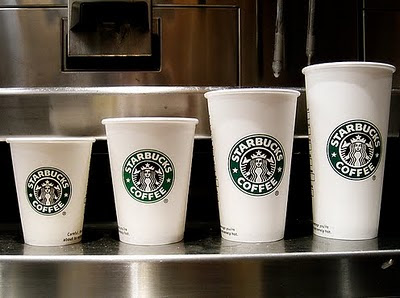 I'm talking about the tendency to measure prices in terms of Starbucks coffee in order to minimize the mone.y. As in, "Well of course you should buy this book. It's twelve bucks. That's just three cups of coffee!" Or, "Don't tell me you can't afford to support this cause. It's thirty bucks. Just go to Starbucks two times less often a week!" When people say shit like this, it's not just the sanctimony and presumption of it that makes them look like morons. It's the ignorance

I mean, just for a start, I don't drink coffee. You know why I don't drink coffee? I'm effing poor! When I say "I can't afford this book right now" or "I'd love to help you, but I can't," what I don't mean is, "Because I have massive amounts of expendable income which I prefer to spend on a warm brown drink." About once or twice a year I get a gift card or a coupon or something and I treat myself to something sweet at Starbucks. Maybe once a year I'm at the Village Inn for late-night onion rings and I go ahead and opt for the two-dollar bottomless coffee cup. And that's basically my coffee intake.


If I did drink coffee, meanwhile, that would signal something: that I value coffee more highly than I do other things I could do with that money. You may feel that this is "wrong" or "shallow" or "morally outrageous" depending on how you would rather see me spend my money, but one of the facts of American life above the poverty line is that we could always be spending our cash on a more worthy cause. Why do you buy new shirts when you could (like me) buy your clothes at the thrift store? You could use the leftover money to support literacy programs in the inner city, or, better yet, to feed people abroad! You could give up meat and donate all the money you saved to small presses! Isn't literature more important to you than hamburgers? 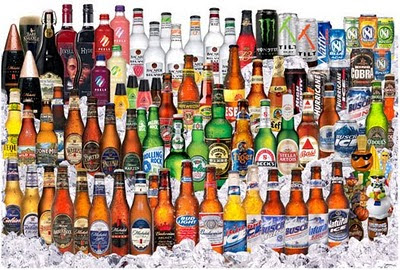 I mean, this isn't even how people make their budgets, like, ever. I don't have one giant pool of money that I spend in massively varying ways every month. The only way to manage money that I can work with is the creation of certain "baskets." You've got your rent and utilities basket, your insurance basket, your gas basket, your groceries basket, and your social purchases (dinner out, alcohol, etc.) baskets. That's 90% or more of my budget right there. The tiny remaining slice in the pie chart is my entertainment basket, which gets spent on movies (more social money) as well as games, music, and yes, books. Sometimes money sloshes around between these categories, but not often, again, because I'm poor. So even when people who use this strategy describe it in terms of having two less beers this week or one less meal out, which are actually things I do consume, it's infuriating: I don't want to spend that money on Cause X. I want to spend it on time with my friends or low-level debauchery.

And it is my money, isn't it? You would never know that from the tone of these no-doubt well-meaning people. The presumption of telling me how my money should be spent from across the Internet, in total ignorance of my values, my needs, my wants, my financial situation, is just mind-boggling. Look. I know what you're doing with your life seems really important. I feel that way too. But when you describe your cause as if it would be best for everyone if you could just reach into my wallet and take what you judge I don't need to spend it better than I would, you look like a dick.

And, finally, it makes you look rather out of touch. If you're seriously buying a large cup of coffee a day and tipping your barrista, you're spending, what, thirty-five dollars a week on coffee? That's half my grocery bill. So that's $140 a month on coffee, right? Okay, that's a car payment. Sounds to me like you've got a little cash to blow. Maybe it's time you cut down on your coffee budget and did something more useful with the money. Because I sure as hell don't feel like giving you mine. I'm reminded of reading Internet threads about how to be thrifty, where couples talk about cutting their six-hundred-dollar-a-month coffee habit to save cash. Okay! Turns out you're rich, crazy, or both! Sounds like a personal problem!

And of course if I did drink coffee and actually ever listened to this argument, I would A) very quickly have to stop buying coffee, and B) then run out of money. Because everyone is using this strategy.

What this technique is meant to do is twofold. It's supposed to guilt me about how I'm wasting my money, which actually I'm not. And it's meant to make me forget how much money is actually worth to me, though it fails because basic economics tell you that if I'm paying fifteen bucks for coffee I actually value the coffee more than I value the cash, which means you're recasting your product in terms of something I value more highly than the money it costs to purchase your product. I know what a dollar is worth to me. Your only hope is to convince me Cause X or Product Y is worth more to me than that money. You do this by telling me why it's great, not by guilting me about how I spend (or don't spend) the little bit of discretionary cash I've got. If it's really that easy for you to part with the money, go buy another one yourself.
Posted by Mike Meginnis