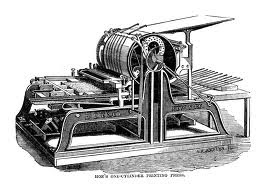 In general I've come to see the question of print publication versus online publications as essentially pragmatic. It depends on what you want to do. If you're trying to build a career as a professional writer, for instance, you'll probably want to do a mix -- some online material so that people will be able to find out who you are as a writer with a quick google, and some material in a mixture of print magazines that will establish you as the sort of person who should maybe be given a book and possibly a teaching job. You might also shoot for anthologies for this reason, and when it comes to anthologies you've got a better chance with print, and then with certain print publications.

If you want to be read as much as possible, people generally say the Internet is the better way to go, though of course that has limitations -- The New Yorker is better read than PANK, for an extreme example. (And, well, The New Yorker posts its material online.) I'm not absolutely convinced online writing is that much better-read than print magazines, though in general the number is probably still much higher, and online magazines tend to be conducive to a particular sort of writing -- that is to say, short writing. Print magazines are often my only real option -- I have a lot of work rejected largely due to length. But of course print magazines do the same thing more and more these days, limiting work at anemic word counts. I only have the feeling that people finish my stories more often in print. I know I do. A small percentage of a large number is probably better than a large percentage of a very small number, of course.

There is one thing print can do for me that online work never has, in part because it is generally more attractive (though not always), and in part because once it's out there you really can't screw with it. When I see my work in print, I stop questioning it, at least I question it less. And sometimes I can even like it a little -- it's lovely to be within a hundred pages of Brian Evenson, or etc., and it makes you feel like maybe you did something right. The beauty of the page, of the typeface, can make me see my sentences in a new, kinder light.

Online often I see errors in the work missed previously by myself or introduced by the editor and I have to write the editor to fix them. Online magazines are sometimes fairly ugly. It does not feel like you are in them with other people because the distance between the index of an online magazine and your story, and therefore the distance between your story and another writer's story, is the distance between any two sites on the Internet -- longer, actually, because there isn't a link directly from your story to the other. Sometimes being in an online magazine feels like being in nothing, like you have opened the file on your computer to tinker again, to screw with the draft. This is me being small when I feel this way. This is me lacking confidence. But I do feel this way, often. Often I am happier in print. 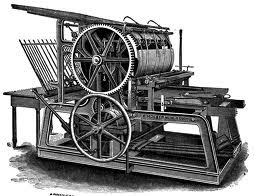