Character Through a Lens: A Writing Exercise

In the intermediate fiction class I'm teaching, we read two stories about school: Charles Baxter's "Gryphon," in which a substitute teacher mingles fact and fantasy interchangeably, and Ed Jones's "First Day," in which a girl discovers that her mother is illiterate on her first day of school. I assigned both in an attempt to illustrate the old O'Connor adage that, if you've lived through adolescence, you have enough story material for the rest of your life. But we really ended up talking less about that than about some of Baxter's and Jones's language choices.

In Baxter, we talked about the sad note that's struck at the very end, when the substitute has disappeared from the classroom and the students go back to their usual routine. Except this time the vibrancy and life that we've seen in them is replaced with the repeated phrase "We learned." The whole last paragraph is made up of sentences starting with "We learned," narrowing the rich experiences we've seen into a tinny list of lessons learned, all expressed in the communal voice rather than that of our first person narrator. The switch in tone is noticeable, deadening--that repeated phrase makes the last movement of the story happen. 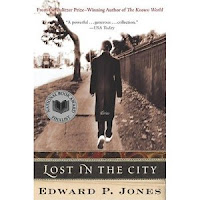 In Jones, a similar repetition is made, this one throughout the story. The phrase this time leads with "This is my mother:" and continues to highlight peculiar moments or expressions that would seem to characterize the mother through the child's point of view. Instead of really doing the job, though, these phrases seem woefully inadequate in the child's hands--we are getting a sense of the mother through them, but how we're really getting the mother is through this act of hers--the act of getting her child registered for school despite being turned away from one and despite being hindered by her illiteracy at another. The repeated phrase does characterize, but not fully. It provides more a picture of the child's mind as she's forming an impression of her mother.

So after we'd pointed these out, I asked my class to choose one of these two prompts:

1) A la Charles Baxter, develop a story around sentences beginning with the phrase "We learned." Probably what is learned will reflect knowledge that is somehow inadequate or incorrect.

Again, the exercises themselves are not really my interest here, although I do want to acknowledge that the first was from Susan Neville, my instructor at Butler, and it did give me a good start to a story in that class. I mainly want to talk about what came out of them, to look at how something as simple as a sentence-level motif can make, and suggest, an entire story. 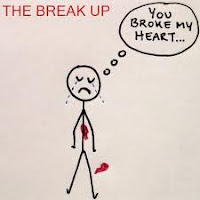 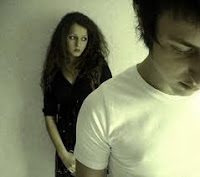 For the Baxter exercise, my shining example was a male student's account of a breakup, which ended with a lengthy paragraph made of "We learned" sentences, much in the way that Baxter's story did. Here, though, the "We learned" lines served to legitimize and make concrete the high emotions of a college breakup. Taking the focus off of the "I" and showing the breakup through the lens of both characters allowed the writer to humanize both parties, whereas the straight first person voice really can't help but demonize or at least fail to understand the opposing partner. Showing the history of the relationship in terms of the concrete lessons of what they'd learned, too--for example, that "lying in the middle of the street to recreate a scene from The Notebook gets you closer to a head injury than anything else"--made the relationship feel like a prior condition, a lived-in space present in and behind the familiar terms of a breakup. The prompt in this case allowed us to see that there was a time when these two agreed with one another, when they thought and felt many of the same things--closely enough to serve as "lessons" for one another after the relationship was over.

For the Jones exercise, the shining example came from a female student who chose to fill in the "This is ____:" blank with "me." Sounds like a gimmick maybe, but what made the piece great was that the "me" kept changing. Without saying as much, the student wound through her past, so when we saw "This is me:" we were actually seeing one of a number of possible "me"s, changing and evolving throughout a high school career. The memories and events associated with the recurring phrase were likewise in a sort of ghostly present tense--the details let us know where we were on the timeline, but the "me" being described was always theoretically present, with the overall feeling being that the "me" was constantly being built on and revised, asserted and scribbled out. The persistent present tense coupled with the authoritative tone worked with the disparate "This is me:" observations to build up a more complex character than more consistent observations would have yielded. This was a person who could not be summed up through her own eyes, and the story had this overtone of loss--like the narrator would like to be some of these "me"s again, if she could, even though her position as an ostensibly self-possessed adult was probably better. These were all, of course, hints in the piece; there was a lot of promise. But I was amazed at what a unique use of that simple phrase could lend to a story's atmosphere and characterization.