How My Course on The Simpsons Turned Out

Remember a long time ago I mentioned that I was teaching a writing course on The Simpsons? It's over now. I would like to say that I had lots of thoughts about it while it was going, but honestly, by a month in I was mainly concentrating on how to get more and better writing out of my students rather than on how to round out the course themes or approach larger arguments about the show or its humor. What I did find out--continually, but especially at the very end--was that it was the course's sub-theme that ended up being the most valuable, and the most conducive to the strong writing and social engagement I was shooting for. 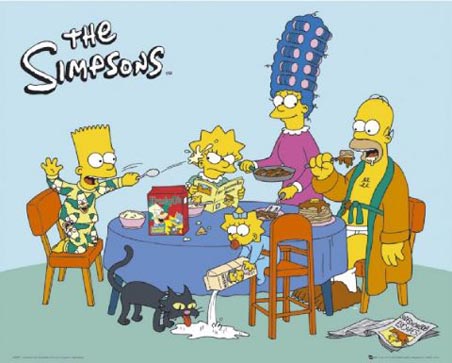 The course's subtitle was "The Simpsons as Critique of Home and Family," and it was by talking about home and family that my class really reached their major insights and created their best arguments. Though we also discussed issues relating to The Simpsons and cultural representations of school, religion, work, and government, all of which make for much more natural topics for the 8-page documented argument they're required to write for me at the end of the semester, several of my students took on the challenge of writing about the home and family sphere--of writing about marriage and divorce, about single parenthood, about dual-earner families, about alternative family arrangements, about early childhood education at home, about parenting styles. These are often harder to write about--not only because they tend to concern what happens behind closed doors, and in situations where any generalization is often not particularly useful or meaningful, but because our library (and I would assume many academic libraries) do not provide a lot of access to scholarly journals on issues of home and family. I can't help but think that, if access to these materials is reduced, it would also be rather difficult for an academic to encounter and pursue the subject in its own right (rather than its many tie-ins with education, or social work, or behavioral psychology, or counseling). And yet my students really showed in their discussion and their writing how important it is to talk about how the family unit works, how people adopt and are given roles in their families, how families build or limit one's reality, and how the home space creates so many of the frameworks for thinking, feeling, and problem-solving--or provides alternative frameworks--that will shape how we deal with everything else we find in the world. My students did not, at all, come to the easy conclusion that families are important and influential and that, guess what, we all have them, like them or leave them. They opened up really interesting questions about how the family and the home create patterns and expectations (rather than single behaviors) and the extent to which those patterns and expectations establish our models for everything else.
It's not that this stuff isn't being studied--I know because my students did find sources for these papers; great sources. And I know that feminist scholars have had many very important and interesting things to say about the domestic sphere, and that many have pushed for a closer examination of it--not as a space for nostalgia, nor a space for total renouncing and reform, but just as a place for more and deeper critique. But I wonder if that's being done. And I wonder if women, in particular, are being discouraged from looking critically at a social space that exercises such a strong historical pull on our creation of identity, on our sense of self and purpose. And I wonder if men, too, are being discouraged from remembering it, from repurposing it and even relying it as a source for self-creation. And I wonder if academics are being given the resources and space to consider questions of home and family as anything other than lunchtime conversation. 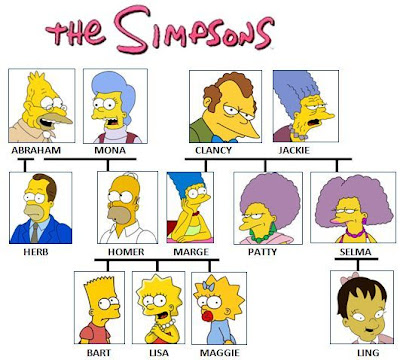 My goal was to give my students something familiar and perhaps personal to attach to so that they could begin to act like researchers and ask questions of their reality. I thought, though, that that familiar and personal thing would be The Simpsons. I failed to consider that every person has a family, that every person has an incredibly complex conception of their place in the world and what our world is used for. I failed to think about how home and family (rather than country, school, religion, social class--the stuff we're taught to notice and consider as educators) could influence how one reads, writes, and communicates. Literacy starts when you're born. Literacy begins with the people who talk to you and whom you talk to back. I want home and family to be taken seriously as a subject of study, and not as a means to an end--to improve test scores or produce competent workers or reduce need for public assistance or reduce numbers of broken homes, as important as all of those things are. I think there's a lot to be uncovered by seriously considering the multiple spaces and structures within which people spend the bulk of their lives.
Posted by Tracy Rae Bowling