One Particular Tic in Infinite Jest 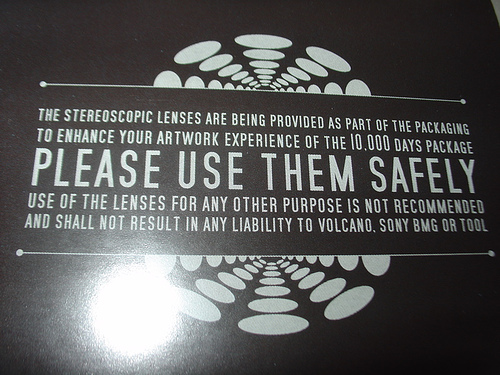 There's a a particular thing that happens many times in Infinite Jest and (keeping in mind that I'm not through with it yet, or even most of the way through) I can't quite work out why it happens, apart from maybe being a sort of weird little tic. The thing is that the book will sometimes disclaim a character's language, or its own, or it will use one phrase and then tell you -- usually in an endnote -- that the character said it, or would have said it differently.

The earliest I remember this happening is with Pemulis. The book will paraphrase something he says and then there will be a particularly florid or precise turn of phrase and then, attached to that, an endnote, and when we get to the endnote we see it saying something along the lines of "Pemulis didn't put it this way." Which raises the question of who did? And why are we being told? At times it seems to maybe come through Hal's character, who has a tendency to correct people's language, and who, as our apparent protagonist, may have significant sway over the narration (certainly he has a lot in common with it). On one occasion in particular, it's definitely Hal: Pemulis dictates Eschaton materials to Hal, who in turn composes his own version of the language, mixing Pemulis' erroneous language (to which he often adds a bracketed [sic]) with his own turns of phrase (which he, in brackets, alerts us did not come from Pemulis).

Once you notice it, it seems to happen quite a lot. Probably the funniest and most clearly jokey example is the endnotes that are only the word sic. The joke being that you flip back some hundred gazillion pages for an endnote that serves only to alert you to a grammatical error you had likely already noticed, with the most ridiculous examples being flagrant errors in endnotes having further sub-endnotes attached to them specifically to disclaim clearly erroneous language (your/you're errors, etc.).

There are also occasions where this is used as a strategy to protect the narrator's language. For instance, Don Gately, a sympathetic but troubled character with an ugly past, apparently thinks of gay men as faggots, to the point where he doesn't know another word. This is partly allowed to bleed into the narration, presumably because "faggot" is still a semi-acceptable slur. However, we also learn that Gately thinks of all black people as "niggers," again because he apparently just doesn't know better. But this word is not allowed into the narration: the narrator writes "black people" and then there's an endnote and if you flip to the back you find out what Gately calls them in his head. It's an interesting strategy, and it reveals the organizing consciousness of the book (not merely Wallace's, but the narrator posited by its own narration) in complicated ways. What I'm not sure of is precisely what's being revealed.

One of the definitive weirdnesses of Infinite Jest is of course the weird, lumpy alloy of high and low language.  This is a book that on the one hand goes to great trouble to point out the errors of its characters, and which on the other hand obsessively repeats certain errors of its own, such as the colloquial abuse of "like" and certain relationships between clauses joined by commas. Of course these are intentional errors, but what are they intended to do? What is the "high" language intended to do? How are they meant to interact? On one level it all works as an activity for the reader, complicates the vectors of the language; we've discussed how Wallace works in part by exhausting one line of logic and language, in part by switching tracks regularly between a main vein and another. This complicates the subconscious math of thrust and drag and gravity that let us imagine and respond to language's arc.

But if we have a mongrel language, one that is self-consciously polyphonic (constituted by several discursive traditions), why is it so important for this narrator to hold itself apart from certain errors, and on the other hand to substitute its narratorly language for that of the characters, and on the still other third hand make clear that such substitution's taking place? Is it merely a way of acknowledging the aesthetic/political/whatever gravities that determine language within a novel? Or is it something else? How important is it to Wallace that the less intelligent/educated/eloquent a character is, the less likely this character is to be allowed to contribute language to the narration? And then what do we make of the lapses into other narrators, such as yrstruly, who clearly destroy the narration, without any sics or other endnotes to disclaim them? How do they relate to our primary narrator?

These may be questions that will be resolved in the course of the book, or they may not be. I'm curious, in any case, about what you think of them. Feel free to spoil the book in comments, I just won't read those notes until later.
Posted by Mike Meginnis