When I was fourteen I spent most of my Christmas on a message board called Cupid's Arrow Forum, which was, in essence, a board for people who used the Internet mainly to find images from Sailor Moon and Final Fantasy VII/VIII. And, to vent their quiet desires for love, happiness, death, in the hopes of receiving a reply. I talked more people down from the roof on that board...and the weird thing was that these threats would work themselves out in basically real time. So that I was constantly running back to the board, or simply reloading every minute, to see if Star had believed me when I said she was a beautiful person this time, or to see if Meos had listened to me about how her life was worth living.

I got my first "kiss" on that message board. It was in an RPG I played with a guy going by Stellar7. He had magic; I had magic; we'd just beaten a dark lord of some sort, so it was incredible, and really inflated my standards for the whole having-a-boyfriend thing. I mean, Mike does not have magic, but he'd have to be pretty great to beat a guy who defeated a dark lord with me, right?

So the board was about performance, obviously. But it wasn't about performance as an escape for reality, an alteration of reality. We were all performing ourselves in real relationships. We participated in an imagined community for RPG players, yes, for anime freaks, yes, but also a community for people we believed were like us, and whom we adopted as friends--and treated as real, as we would any friends we saw in daily life. I carried words from one such friend around in a locket with me for years, because those words were the nicest and most encouraging any friend had ever said to me, even though the relationship was much shallower. 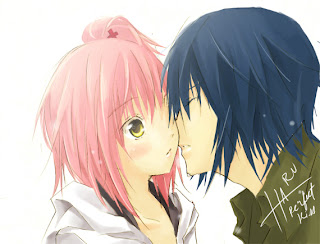 The shallowness was important. The fact that we didn't really know each other and couldn't see each other was important. Not, though, because we were pretending to be people we weren't. Stellar7 wasn't pretending to be a gorgeous hunk of man. I wasn't pretending to be luscious-haired and not fat. Critics I've read have traditionally seemed to focus on the wish-fulfillment aspects of online performance--the ability to remake yourself into a person without the attributes (and the prevailing social interpretations of those attributes) that you perceive as hindrances in real life. But the shallowness of online relationships did not spur us to be dishonest with each other about who, or what, we were. What we pretended at instead was goodness, kindness, charity. We playacted being the best people we could imagine being--unfailingly supportive, endlessly encouraging, generous with our love. And our time. Even on Christmas.

The name I adopted when I went on the message board was Saint. And I tried hard as I could to live up to that name. Which meant, among other things, pulling time away from my family at holidays and going upstairs to give it to people who, I perceived, needed it just as much, or more.

There's probably something of Saint in my eagerness to write this post today. It's Christmas! Why am I online? Well...because somebody might need me to be there. I think of how many times in my life I've gone online because I didn't want to be anywhere else. Somebody might, today, come here because they don't want to be somewhere else. And when they come, I'd like them to find somebody around to talk to, or somebody to hear from. Even if they don't know me, and I don't know them. 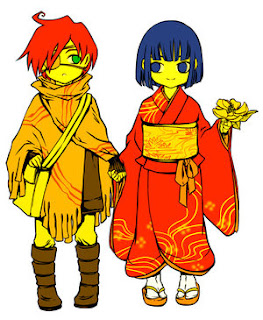 Traditionally, from my reading, anonymity online has alternately been seen as an act of deceit and wish-fulfillment or as a means to a utopian society. Through anonymity, the second argument goes, we learn to disregard the exterior markers that make us avoid or disdain each other--everybody stands by their words alone. I agree with the latter but not the former. Online communities do stand by words alone. But that just means that its participants tend to work hard to make those words matter. And by working hard to make words matter, they tend to enact better versions of themselves--versions that speak up, and say what needs to be said. Because, online, in text, there's literally no other way that love and caring will be perceived. There is no option to share a significant glance or to tastefully keep one's distance. If you don't show up, and you don't speak, then, online, you were never there at all.

I miss this. There aren't many message boards of that type anymore. Disc.server has died. Now we mainly have comment threads, which are generally places with community (political, literary, etc.) but little anonymity. We tend to be online more or less who we are in public, and the access we have to people's public lives tends to change the character of the comments we make. I think of HTMLGiant, where most any post that dares to put something personal on the line, to expose something of the person behind the words, eventually falls subject to charges of hypocrisy, or sentimentality, or dishonesty. It is attacked for failing to live up to that person's public image, dismissed or suspected of insincerity because of that image. Because we can't look good all the time in real life, and indeed shouldn't be tasked with keeping up the appearance of goodness when we have problems and neuroses that require an outlet, that require others to exercise generosity toward us where we cannot.

Anonymity is important because we can be generous about who we are as well as who we want to be--anonymously, we can vent our personal demons without risking attachment of those demons to our living and changing personalities. But in a message board setup, anonymity is challenged by the need to establish presence, to declare oneself a member of the community. Soon Star and Stellar7 and Saint become ambassadors of what's going on here, of what's worthwhile about this group of people. For anonymity to work in a community, we must be our best and most generous selves, and we must give others that benefit as well. Because we don't know them, because we have no baseline against which to judge, our ability to make allowances and to be considerate becomes all the more important to building an existence together. This breeds honesty, which in turn must be handled with care.

This kind of community is a fairly common experience on such boards, I think. And I think it has been a mistake to let message boards, by and large, die in favor of comment threads, status updates, et cetera. There is no real sense of communal responsibility to be had in either--even if you intend to enter into dialogue with other people, your goal is always to contribute, and not to create. Your post is standing on its own, entered into its own separate text box, and often has no positional relationship to anything else written on the page, even if you hit the option to "Reply." You are forever and always participating as an individual; you are given a public identity by virtue of your comment even if your name and avatar make you ostensibly anonymous. You will be alone in the crowd of voices, and that's how your words will be read.

The Internet Wayback Machine has preserved some of Cupid's Arrow. There is no way to get to the actual text of the posts. Thankfully. But you can see, hopefully, how the conversations worked--how they developed and sprawled over time. It was not uncommon for people to break the page layout with the extension of their replies into the right margin. There was no limit on how deep people could build a thread with their words. And this was good.

These were my friends, because they were on the Internet when I was. And I was theirs. And now I'm yours, because you came to see me on Christmas Day. And I came to see you.

If only real friendships could be so simple.
Posted by Tracy Rae Bowling