Why I can't get inside the first person.

I was reading this review of StarCraft II by Tim Rogers when I came upon these paragraphs about third person games and first person shooters (FPS), which led me to some rather extensive reflection on writing:


What Link does is Adventure. To properly grasp Link’s place in his universe, you must spend most of your time in 3rd person. Placing ourselves inside something as an act of empathy or sympathy is easy. First person is unnecessary.

The argument put forward by Idians in the past (and any offshoot of their mystique) is that nothing can be as immersive as the first person shooter. Arguably this is not the case. For one thing, you have no idea of a sense of self. When removing context (and no, a pair of wrists and hands holding the rear end of a shotgun that bobs and weaves like a combination between a river snake and a floppy dick does not offer much context), what you are left with is a living room filled with yourself, tv, and controller (or desk with monitor, mouse, and keyboard). The FPS perspective is alienating, not personable. For someone who approaches a work of art with the intention to be subjected to an experience, this perspective is effective. The fact that it is most often used to dump a Heavy Metal album cover into your face isn’t a limitation of the basic premise. Horror is typically and obviously about constrained perspective (Bioshock). But if your objective is to permit someone to play, in precisely the ways that playing and gaming differ from real life, then the focus has to be on permitting all those unreal things which life does not allow, to occur.

So I know there's some lingo in this and it may be a little confusing if you're not a gamer or used to Tim's dense argumentative style, so to summarize this briefly without condescending to you, the reader, here's what I think he's saying:

Basically it's more or less effortless to project yourself onto a character like Link or Mario because you see him existing in a particular space in a particular set of relations to other objects and bodies (such as treasure chests, goombas, question mark blocks, POW blocks, etc.), and from there you can ask yourself what this character would or should do in this physical space, which is maybe the beginning of asking yourself how he's feeling, or projecting your feelings onto him.

With a first person shooter on the other hand, you've got nothing at all to project onto because the only part of your character's body you can see is his hand and the weapon that hand is holding, and it's generally an ugly hand and a hideous weapon, and (Rogers doesn't say this but I think it's relevant) that anyway your vision on a TV screen is way worse than your vision in real life because for instance the aspect ratio is totally wrong and for another thing you can't turn your head in the game except by laboriously turning your whole body with a joystick you naturally think of as the "camera stick," and it can't help that to the extent that you do see your character in marketing materials or certain cinemas he's a loathsome hideous douche bag something like this: 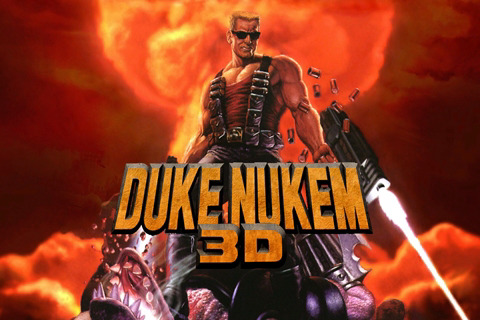 This strikes me as very true. When I play a first person shooter I generally feel no immersion at all. I think it goes a long way in Fallout that you can zoom out from your character and play in third person whenever you like; not because the third-person view is functional (it isn't), but because it lets you take a moment to like and empathize with your character, however stiff and unnatural his or her animations may be. I find myself doing this regularly without giving it any thought at all.

What this has to do with writing is maybe sort of particular to my personal problems and development as a writer and maybe it's something you've thought about too. The thing is I believe in first-person narrators, or characters presented through very close third-person narration, far less than I believe in characters presented from an at least slightly distant third-person perspective. In fact when I have to spend a lot of time in the thoughts and ideas and feelings of a character I tend to find this extremely alienating. Unless the character is just totally charming, I hate it.

And but when presented with an extremely distant character such as one of Beckett's, I generally find my empathetic reaction is so powerful and immediate that if they were to stand in the right way or lay down just so I might begin to weep uncontrollably. Not being explicitly told how they feel makes me feel for them more, rather than less. I think this is partly because so much of the joy in reading lies in the exercise (intellectual and emotional) of closing (or failing to close) gaps and filling (or failing to fill) blanks, but also I think it's about the thing Tim Rogers is describing above.

Because the thing is I've been sort of grinding away at this problem for years: the problem of how to portray a character through semi-distant narration in a way that both excites the empathetic response of people like myself (who, I'm not bragging when I say, play it pretty fast and loose with our empathy) as well as the empathetic response of the sort of reader who seems to need a closer, more explicit narrator in terms of thoughts and feelings. Because clearly there are a lot of writers who can write prose that engages the empathy of both these sets of people.

And so what I thought I needed to do was attain sufficient distance so as to draw attention to the distance, which would invite the empathetic response of an audience that would feel challenged by said distance. And I think this is potentially a valid aesthetic choice, but I don't think it's a strategy that achieves what it was designed to do. 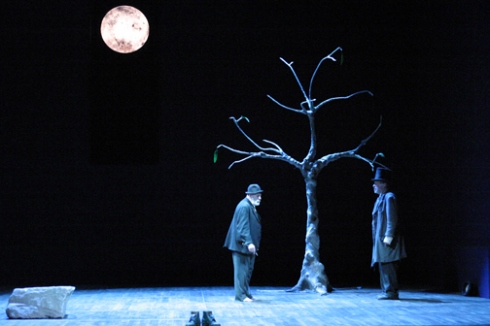 What I've come to believe, and what I'm trying to learn and understand and practice, is the part where Link or Mario relates with the other bodies and objects. By presenting a character more or less objectively, but with clarity and constant attention concerning his or her relations to surrounding bodies and objects (these relations being spacial/dramatic and instrumental), I can induce a reader to project on that character's body, and to imagine what that character could or should do, which is maybe the beginning of the reader asking how that character is feeling.

Or anyway this is how I'm thinking of it now. The trick is making this abstraction real enough to absorb it and enact it, and mind it.
Posted by Mike Meginnis