On the Aesthetics of the Knife 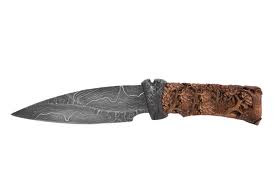 I've gone after mainstream literary realism with a knife a few times on this site. Now I want to talk a little bit about the alternatives presented by "indie lit" both online and off. (The content of the two has increasingly, I think, converged.) I'll be talking mainly about fiction, again because poetry seems more difficult to generalize about.

There are several qualities prized above all others in most of today's hip, cool, edgy journals and presses. Stories have to be sharp, brutal, bright. They have to be, if at all possible, brief. They should also generally be under-motivated as narratives -- that is to say that the writer's aesthetics, style, thematic obsessions, ideas, etc. take precedence over the "dull machinery" of plot, character, scene, setting, or other organizing strategies of fiction. Your job is to get to "the good stuff" as fast as possible, "the good stuff" in this case being descriptions of destroyed and destroying bodies, along with maybe some floaty abstract language implying some mixture of apocalypse and transcendence. This is the basic tool set.

There are cultural reasons for this, including a need to react against the university-supported print magazine crowd and closer ties to the history of experimental writing. There are also material reasons: the assumption that no one will read something long online (perhaps somewhat unfounded, especially in its implication that many people were reading long stuff in print -- I suspect that the answer to both questions is simply, "Yes, they'll read it if they really like it) and the monthly production schedules common to online magazines has led to the ubiquity of the short-short, flash, even "hint fiction." These allow writers to produce and submit content with extreme frequency, and permit editors to return to the same wells again and again. These forms have certain aesthetic pressures and tendencies that reinforce what I've taken recently to thinking of as "the aesthetics of the knife." You've got to get in and get out fast, you've got to do some damage. Or maybe you can just float there a little bit -- the gleam of the knife, we'll call that. 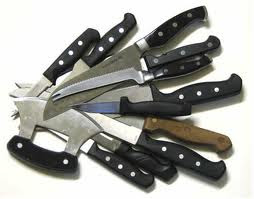 In these same circles you frequently see rejection of or anxiety about genre, in spite of the fact that Brian Evenson, perhaps the aesthetic's foremost practitioner, has embraced several pulp genres. I attribute this largely to the emphasis on under-motivated writing: while science fiction, horror and fantasy would seem ideal positions from which to explore the violence and pyrotechnics favored by the indie set, that would make too much sense, and indie lit is trapped in a perpetual state of discovering that writing doesn't really have to make sense, man. Which is fair enough -- but the idea that it definitely shouldn't make sense has become a sort of corollary, and not one that I think has led to consistently exciting fiction. Again, this attitude is odd given that Evenson's stories are absolutely built using the machinery and logic of certain genres -- that machinery is laid bare in his stories, but you can see it there, humming along quite nicely.

This relates also to the tyranny of the literary realist story, which ultimately asserts itself even among the wildest, most free-wheeling venues. We prize under-motivated fiction and violence and lyricism, but (partly because, for all its discomfort with the program-oriented culture of printed university magazines, the overlap between indie lit culture and MFA culture is quite significant, and partly I think because of the usual artistic anxieties) we also assume that an ostensibly realist story is the basic unit of fictional expression. This marriage has weird results: characters who explode each other and themselves, but almost exclusively in conventional domestic literary spaces. The one thing too damn wild for our most unhinged, brutal, brilliant practitioners is a spaceship. The idea seems to be that the genres are too narrow and predictable -- unlike, I suppose, the kitchen, or the five thousand stories written every week about house painting, golf course maintenance, and writing. The world of indie literature is a world wherein no one is especially interesting or beautiful or lovely, where mundane people sometimes, suddenly, without warning or apparent reason, destroy each other, or transcend themselves. Or both.

What I am arguing for is the necessity of cross-pollination between genres and styles. The height of editorial skill and worthiness is perceived, in our community, as the pursuit of a singular aesthetic. However, most magazines are pursuing essentially the same singular aesthetic, and I'm getting bored. How many instruction manuals have been written this year for how to take yourself apart? All love and respect to those who have written these pieces -- I have too, and in fact my next novel won't be far from that subject -- but still, it feels as if we've reached a point of absurdity here. I would like to see character returned to our fiction. I would like to see stories that use a wider variety of strategies to build interest and make beauty.