Reading is Not Selfless

I think Mike might be gearing up to write more about Laura Miller's whining about NaNoWriMo, but I had to comment on just this sentence. Seeing a list of promotional ideas for a bookstore that included the suggestion to encourage NaNoWriMo writers to "Write Your Novel Here," she concludes the following:

It was yet another depressing sign that the cultural spaces once dedicated to the selfless art of reading are being taken over by the narcissistic commerce of writing.

I will not particularly speak for or against the notion of writing as a narcissistic act, though I do think the extent to which people, particularly editors, rail against people who dare to write to please themselves is nauseating. Nobody critiques a full group for their interest in quilting or cooking or stamp collecting. The music community doesn't seem to rise up in arms over the proliferation of shitty garage bands. I think they realize that nobody's harming anybody--that crappy output doesn't lose them listeners overall.

But music is selfish, right? To listen to music is an act of self-pleasure; nobody's doing it out of the goodness of their hearts. Reading, meanwhile--who would do that unless they had a heart overflowing with fellow-feeling? Who would read unless it were to give back to society, to donate time one would otherwise use for baser pleasures--to contribute something? 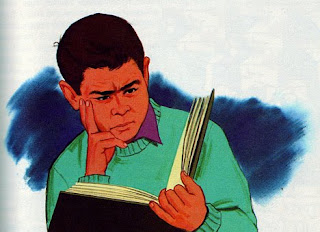 Reading is not like planting trees. You do not risk a bad back and dirt-covered hands in order to read. Reading is pure consumption, and people who read when they are not forced to by school or work--"for pleasure"--are by definition doing it to please themselves. This is fine. I do not want anybody to read things they don't want to read more than they can possibly help it. I think readers are indeed great people, but I don't buy that they are fragile, unacknowledged fairy creatures (which is a claim almost verbatim from the article). Readers don't read for the benefit of society or to preserve literary values, or at least I hope they don't--because there's so much that they could be enjoying about reading instead. If they're reading for others, I guess I would argue that they shouldn't be--that there's value in pushing yourself outside of your comfort zone but not enough value that you should be suffering. There is no call to martyr yourself in the act of reading, and while readers do writers some favors I sure hope they're not thinking of writers' poor little souls when they do it. Nobody (besides maybe a handful of her friends and family) read Harry Potter to preserve and protect J.K. Rowling. And thank God, because instead of that a lot of people who never read came to enjoy and make a habit of reading. For themselves, and not for her. 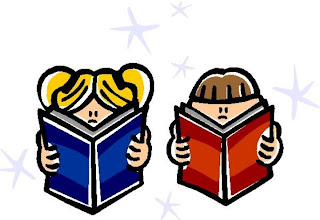 The only real injunction I can make against the proliferation of writers that NaNoWriMo stands for is that writers need to understand this fact when they write: readers are not selfless creatures, and they do not owe anyone their readership. It's the idea that reading is a selfless act that makes writers thrust their writing on people in the first place--the idea that reading is a service people perform, and never an act of pleasure. This also allows writers to think that they don't have to create things that people can enjoy, so those 50,000 words never get reconsidered from a reader's point of view. But NaNoWriMo is not at fault for that. People who think reading is an act of service are. The idea, preached and taught by people for whom reading is a badge of honor and not a hobby, that reading is a fundamentally boring, difficult act that you'd have to be a saint to perform are also telling writers that they deserve readers--because if reading is never fun, and never an act of self-pleasure, then writing is a strike in the dark toward a black hole that never considers what it likes and what it doesn't like. It just reads because it has to read. It reads because if it doesn't, who will.

My sense is that a lot of writers Laura Miller is complaining about don't like reading either. But because they think no one does, they don't have a reason to use NaNoWriMo as a starting gun instead of an end unto itself, after which they seek out publishers and readers. Through constant sniping about how hard reading is and how selfless it is, writers are given the message that there's as much chance readers will enjoy the stories they have to tell as there is that readers will enjoy anything on the bookstore shelves. So, what reason is there not to try?
Posted by Tracy Rae Bowling