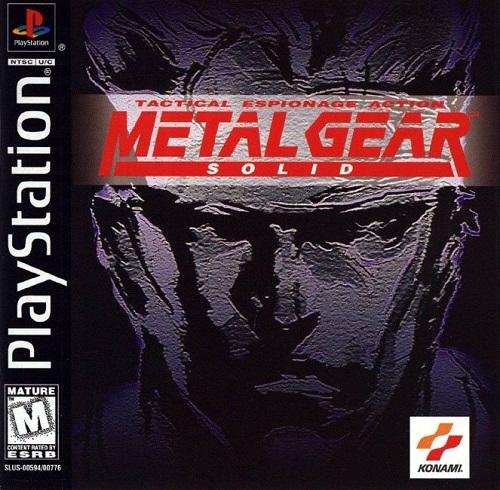 I missed this when it first went up, but given that it's a post about a game released in 1998, I don't think it's probably aged too much in the interim. Sal Pane has a nice post up about Metal Gear Solid. Somehow I never played this one -- I was primarily interested in RPGs at the time, and my action game money tended to go to more old-school genre exercises -- but I've read enough about it at this point to feel almost as if I have, and Tracy, who did play it, is a big fan.

There's the implication in the post that director Hideo Kojima would have been able to do more with improved technology, but now that we've seen him at work with vastly more powerful consoles I think that the original Metal Gear Solid will likely be remembered as his most successful contribution to the medium of games. I sucked too much at MGS3 to know for myself, but while it's generally perceived as the most successful entry in the series both as a game and as a narrative, it achieved that success partly by reigning in its ambitions toward formal innovation. MGS4, the only one I've played to completion, was fun, but it suffered from ludicrous narrative excess and failed to advance games in any real way. The series has quickly become an example of how often a creator can and will accomplish more with less. Constraints make art. Big budgets make messes.
Posted by Mike Meginnis