So I wasn't sure until pretty recently what the final project would be in my creative writing class. The plan has never been to teach them everything about anything. At NMSU, intro to creative writing necessarily deals with three genres -- traditionally fiction, poetry, and essay, in my case fiction, poetry, plays. Is this how most schools do it? I think Butler focused on fiction and poetry, but I can't remember for sure. In any case, obviously if we're doing three genres we can't really learn everything or even that many things about any of them. Plus it's an intro class. So the idea was that I would get them interested, that I would help them get into a mindset that would lead to interest in and production of words. I gave them a few specific strategies aimed at solving particular problems,  but I don't see a way to weave it together into a cumulative assignment, exam, project, or presentation. 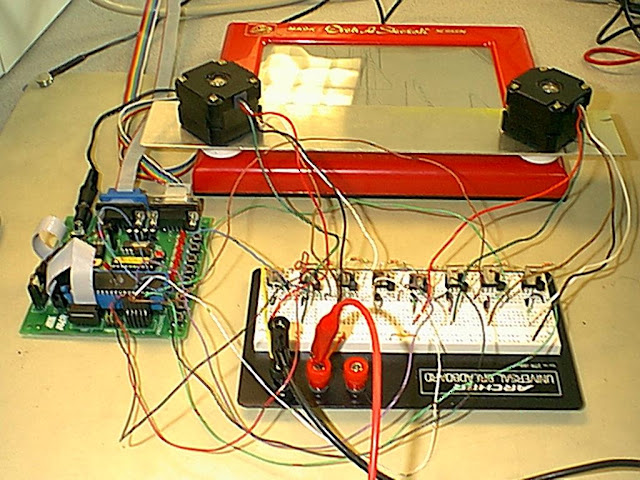 What I decided to do was to give them a final that would be easy for some and very difficult for others: they have to make or do the most beautiful, amazing thing they can imagine. This assignment is easy because they can literally turn in anything and I've promised to give them an A for it as long as they can look me in the eye and say it was the most beautiful thing in the world. (My in-class example: "You can tell me to stand under a spotlight with my eyes closed, then stand at a 45-degree angle to me and blow gently and repeatedly onto my left eye, and I will give that an A.") The assignment is difficult because if you care about what you're doing with your life being challenged to do it as well as you can it's going to basically take over your life. (Assuming you respect the one making the assignment, that is.) If an instructor gave me an assignment like this I would, I guarantee you, end up working on it night and day up to the last minute, writing a novella or something like that.

I told them the lesson they were intended to learn was basically the lesson of how to be an artist and a human being. You can slack off for the rest of your life, or alternately you can work hard at pleasing other people -- instructors, etc. Or you can identify what you want to achieve as a human being and work your ass off for that, precisely that, and only that. It's not such an issue anymore, but I used to spend a lot of my time convincing myself it was worth being a person through this method. Other people make other ways of living work, but I think mine can be a really beautiful and powerful thing.

I thought this was pretty original at the time but have since realized I was basically using some of the stuff my teacher Dan Barden did in classes at Butler, where he tended to be less interested in how to write fiction specifically and more in generally how to make the most beautiful, exciting things you could think of, how to pursue your personal obsessions and dreams and needs. A lot of students objected to this because they didn't think it had anything to do with writing fiction, but of course if you get it you see it's maybe the only way there is to write great fiction, and if you don't end up writing fiction because you're too busy pursuing another kind of beauty, you'll be too happy to care. Fiction? Who gives a damn. Most of my students are not writing something for this project, and that's fine with me; if I accidentally give them the impetus to do something incredible with their lives, I don't care particularly what it is. And those who end up writing anyway, as I would have done and perhaps as you would do in their shoes, they'll know they really love it. This is a surprisingly hard thing for students to believe and understand about themselves. The lesson of this final assignment may be to love without fear.

Today I talked about the math of writing for an audience: the way that most writers would kill to reach 0.0001% of the US population, the implications of this for our writing, that we might be ludicrously successful if we can pursue our passions in an honest and rigorous way. I showed them my recent monstrosity, written partially in response to the assignment I had given them: an essay, a poem, and a long short story about the game Angband, with in-text ASCII graphics. I showed them the ending, which is the most ludicrous thing I've ever "written." The file is 2 megs largely because of this ending. I told them how proud I was of it, how absorbing the process of creation, how currently I am very slowly submitting it to various venues (one at a time, for now) in hopes that someone will share my passion for it. What I didn't tell them was that I'm confident it'll be one of the best-read things I've ever written if someone chooses to publish it, in spite of its obscurity and strangeness, formal and otherwise; because less than 0.0001% of the population plays Angband, but they are passionate, and I will tell them what I made.

I'm really excited to see what they make.
Posted by Mike Meginnis