I go through phases where I can barely listen to guitar music. I go through phases where I love guitar music. When I go through a phase where I can barely listen to guitar music -- about once a year -- it's bands like the Foo Fighters ruining things for everybody. I hate the Foo Fighters mainly because none of their music ever does anything beyond existing. All the drums communicate is the fact that they are drums in a rock song. All the lyrics ever tell me is that I'm listening to a rock song. All the guitars tell me is that they are guitars in a rock song. They're just a little sad and a little angry because that's what rock music is. Every now and then one of the guitars wiggles for a second in a certain way that reminds me Dave Grohl was in Nirvana, which is essential to the Foo Fighter brand. This is literally all they communicate to my ears. Here's an example:


See what I mean? The vocals are bland as hell and they're easily the best part of this song; the guitars weave a meaningless guitarhaze until they rouse themselves long enough to do...some things that guitars generally do. The drums might as well be a couple metronomes for all I notice them.


As a kid I didn't like almost any music because I could hear immediately that it only wanted me to buy into the brand of the musician so I would want to sleep with the musician and buy all their shit. To some extent I've softened on this point -- self-presentation is inherently a part of entertainment -- but when you listen to most country music, for instance, you're really listening to a few simple messages over and over again: I, the musician, am very white. I am an American. You are also perhaps a white American. Good for us. Here are some guitars no one thought about at all. Here is a drum kit. Here's a woman. She seems approachable. Maybe she'll marry you. And so on. If there is a fiddle it is a fiddle designed to do nothing more than be a fiddle. If there is piano it is there to be piano. It is more about promoting a certain brand of whiteness than it is about any real pursuit of beauty.
What I am grousing about is the fact that when I want to listen to music what I often really end up hearing is identification. Identification and not much else.

A lot of art reads this way to me anymore. When I look at literary magazines full of traditional fiction, I don't really see anything on the page beyond the act of identification with traditional fiction. When people talk about "the MFA story," if they aren't talking out of their asses, this is what I think they really mean: the story that accomplishes essentially nothing beyond signifying the fact that a writer has attended the MFA, and/or internalized its values. These stories aren't quite awful in the way that a Foo Fighters song isn't quite awful. They avoid certain mistakes (the avoidance of mistakes being the entire aesthetic of a pure MFA story). They show mastery of certain techniques, atmospheres, tones. They are, however, limited to a recitation of the small body of official knowledge granted any recipient of a liberal arts education -- a bland sort of liberalism expressed through aesthetic conservatism that ultimately renders it conservative, a mixture of fatalism and mysticism (an insistence that while there may be no god, there is in fact something to console us in the same way), etc. "Craft" is a word we use to refer to the presence or absence of these recitations, the commitment to or rejection of official knowledge.

My understanding is that the world of poetry is playing out a different but related dynamic, wherein more experimentation is allowed but there is a journal or there are several journals for each aesthetic or strategy or style or whatever (sometimes, embarrassingly, they call themselves movements). 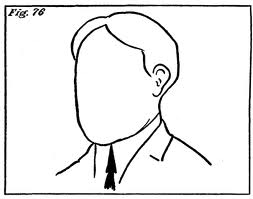 And of course this is not strictly an MFA phenomenon. It is, I would argue, the primary way in which humans make and understand art. When I started buying albums and figuring out what I liked (having discovered, at the age of fifteen, that there were in fact records I liked) I went into a record store where they sold edgy t-shirts and small drug paraphernalia as well as the records themselves. Like anyone in a record store I was also hoping to meet girls; if I bought the right record or wore the right edgy t-shirt, perhaps I could make someone like me. Maybe we would fall in love. Etc. I asked one of the clerks to make some recommendations, which is something I did often. He recommended one album, noting that it was different from the artist's previous work in that it was sort of happy. I said, "What's it doing here then?" This was a ham-handed attempt at identification, and thus it is one of the most embarrassing moments in my life thus far. The clerk said, "I'm happy," which told me that I had failed at identification.

What I had wanted -- in addition to sex with a pretty girl -- was an album that would recite some things I already knew into my ear. The things I wanted to hear were about how awful and venal I was, and how awful and venal everyone in the world was, and how depressing everything was turning out to be when it was clearly supposed to be beautiful. Messages like these comforted me then (and still sometimes do now), mainly because they told me I was right about everything, which is all anyone really wants to hear. 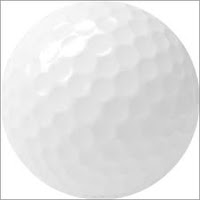 A lot of people in the experimental lit crowd seem, to me, to be forever trapped in that moment; far from experimenting with new ideas and modes of production, they are asking to be told, and telling each other, how awful and venal people are, how they are awful and venal too, how ugly the world, how contingent identity, etc. I include myself in that number. Often when I don't know what else to do to give a work life I will reach for these easy wisdoms.

Ultimately, as I've said, I think most art more or less works this way. When we recognize genius it is often the experience of not identifying with something and knowing its greatness anyway. I guess it isn't such a big deal, really. I think it pisses me off in part because I am, as I've written here before, a deficient identification machine: while I experience empathy quickly and with great intensity, the experience of actual identification is essentially alienating for me most times I feel it. I'm not proud of this -- I think of it as a deficiency of my psychology, one that, for lack of power to change, I try to make a strength. And so there is that.

But there is also the sense in which art that does nothing but identify is art that perpetuates privilege and power. Privilege is the right to go unexamined. Art that sees publication or other distribution is generally art that never had to explain itself: The [Blank] Review prints a story or a poem not because they find it beautiful but because they can find nothing wrong with it, because it presents such a blank, smooth surface that it never occurred to them to try to find something wrong. When an artist finds success this is often crippling to the artist, and we say he has "sold out" or that he "got rich" and this ruined him. What we are really saying, I think, is that the artist has ended communication. To speak without speaking, to make noise without communicating, is to speak politically, is to assert one's privilege, is to protect one's position. Speech without speech is the heart of every powerful person's communication strategy. The MFA story is conservative. The MFA story is a pair of cement shoes with no practical function beyond the crippling of society. The Foo Fighters are the same. They fill our thoughts with thought simulations. They give us something to do without doing anything.

The sad thing, the funny thing, is that for most people who practice this blank horrible unspeech in their art, there is no real chance of ever attaining power or money. We might call the people who publish in The [Blank] Review successful, if we consider publication in a journal where no one is really writing and no one is really reading success, if we consider the opportunity to someday teach without teaching in some university success, if we consider the moderate wage this will draw a success. (I do consider the wage a kind of success, at least.) They are also, however, already dead, and they are killing us too, sucking joy and beauty from a life with too little of either. 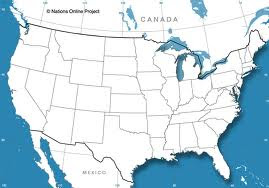