The Aesthetics of Spanish Moss 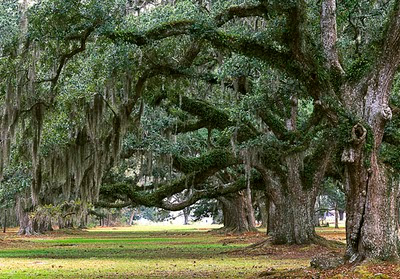 Guys I am tired of reading the phrase "Spanish moss." I'm seeing it in a lot of stories right now and, I mean, I just want out. I want out of this!

We should stipulate at the outset that doing an image search for Spanish moss makes it clear that the actual phenomenon is pretty cool looking. But so far no one has had the conviction necessary to actually include an image of the moss in a submission. Nor have they bothered to describe the Spanish moss. It's just there, a detail in the background, a bit of throw-away description somewhere in the first two or three paragraphs to establish a) mood and b) that we are reading the sort of serious, sensitive, melancholy author who will notice and mention Spanish moss.

Maybe it's just the fact that the words "Spanish moss" are slowly driving me insane, but I'm beginning to wonder if Spanish moss isn't the telos and ethos alike of the modern literary short story. Perhaps no phrase has so perfectly captured what drives me up the wall about stale realist fiction. Let's really get up to our elbows, now, in Spanish moss.

What makes Spanish moss so appealing? Well, it sounds "crisp" and it has the ideal ratio of adjective (two syllables!) to noun (one syllable, ending in a syballent that echoes the Spanish). It's also sort of exotic, but not in a threatening or especially brown way. France sounds too silly, England sounds too dull, Ireland is too overtly romantic, Italy is so fiery, but Spain? Spain is like a gray blur at the intersection of all those countries, superficially specific but actually, for the average American reader, totally meaningless. This exoticism is of course immediately counteracted by the word "moss," which is just about the dullest object I can think of. Wikipedia -- which, hilariously, has a whole section of its Spanish moss page devoted to explaining the literary and cultural significance thereof -- explains that Spanish moss is also associated with the South.

This is perhaps the ultimate expression of American literary realism: the dogged insistence on finding beauty solely in mundane objects, the shame-faced tendency to use a vague touch of Europe or the South to make this happen, which ultimately reduces all language and style to flavor, vague passionless mood music barely noticed behind the dull-as-hell plot. It's not that you can't tell a good realist story, but that at this point both the foundation and the purpose of these stories seems to lie in Spanish moss -- in a phrase carefully designed to communicate without communicating, to balance perfectly the exotic and the mundane, the familiar and the unfamiliar, the beautiful and the boring, such that ultimately the words are a wash, have essentially never happened. You can't really object to Spanish moss, but you can't fall in love with it either. It comes pre-lubed for workshop; no one will complain about it, perhaps someone will even underline the phrase and congratulate you, marginally, for being "so specific!"
Posted by Mike Meginnis