As Mike said in his post on teaching creative writing, I'm also teaching this semester, though mine is a prose workshop. My focus has thus been a bit less on helping students feel out creative writing and more on helping them practice doing it and talking about it. Which sounds really simplistic. But I think a fair amount of creative writing teachers don't really think about what it is they might want to do for their students, as teachers--I think sometimes it's more about what they want to do for their discipline, and for themselves, as writers. At the very least, I'm not sure creative writing as an academic discipline talks about its goals enough at different levels of instruction. Being an almost-certified teacher (I quit, surprise!--to pursue writing) I do care a lot about goals, and all my courses are pretty carefully scaffolded to support learning objectives and meet various learning needs.

But enough of that. There's one aspect of teaching creative writing that's really driving my course creation right now. Very simply, it has to do with storytelling. 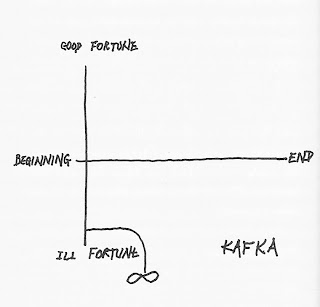 Most creative writing courses I've been in--even some at the graduate level--have focused first on language. This, we're told, is our set of fundamentals: diction, syntax, style, rhythm. Sentences are our fundamentals. And this makes good sense, in that, well, what do we have if we don't have sentences? Can't tell a story without them. And generally, you can't tell a good story without sentences that are well constructed.

But, to return to goals, why is it important that writers write well-constructed sentences? To my thinking, this objective is unexamined. The logic is often left implicit, so forgive me if I grasp at straws here. Given that such instruction is usually accompanied by a fair number of exemplary texts--things written by masters of language like Faulkner, Joyce, Munro--it seems that the objective is to teach students of literary writing to, first, and above all, to write like the masters of language. With the implicit warning being that, whatever else they struggle with in writing, if they forget their language, the whole house will fall down around them.

What this translates into, to me: The purpose of creative writing, particularly prose writing, is primarily realized and its effects made manifest through language. The goal in teaching creative writing, then: For students to improve their command of English prose. The related objectives: For students to study the various kinds of language that make stories worth telling, to identify what principles such writing has in common, and to use those principles in their own writing. Bloom's Taxonomy levels addressed, for extra nerd points: Knowledge (to study, recognize, and repeat information gained from these texts and from instruction in these texts), Comprehension (to identify and describe the principles of good English prose), Application (to use characteristics of acknowledged "good" language in one's own work).

I use Bloom's pointedly. These are the first three "building blocks" of knowledge. Using only the first three building blocks is typically the sign of an introductory course--therefore, there's nothing, as far as theory goes, to say that these goals are inappropriate for beginning students. However, as the name suggests, creative writing involves a significant amount of creating. Creation is covered in the upper levels. In Analysis, you create knowledge of texts in relation to other texts, perhaps by comparing and contrasting, perhaps by appraising them. Analysis in creative writing--any writing--requires creating one's own understanding of the choices involved in that other text (and one's own), the process undertaken, the effects of these choices and these processes, rather than naming features. Synthesis requires creation--the internalization of many different parts and elements of a field of study, such that one can plan, manage, and craft a new thing from an understanding of the already existing things. Evaluation requires creation--the creation of criteria, of arguments and counterarguments, for the judgment of one's work and that of others.

If we think the creative aspects of writing are important, are indeed part of the point of writing in the first place, I think our objectives as teachers have to be constructed to more thoroughly include these levels of learning. Many, many teachers, in all fields of study, maintain that they want to make students independent thinkers and creators of knowledge. But on examination, the objectives just don't line up. To think independently, students must retain choice. And to create, they must be free to make decisions. Including the decision of evaluation--of judging by a well-defined set of criteria how a particular text, no matter how exemplary in the eyes of the teacher, meshes with the choices they want to make. (I'm not saying that intermediate students should be encouraged to simply accept or reject exemplary works--that's actually not really judging. Rather, I think that at this level, it should be a goal to get students further invested in the act of creating, and further acquainted with the type of thinking that's required, and that type of thinking requires making decisions and evaluating--generously, but rigorously.)

This is why I think it's a mistake to make bare, classic construction of sentences the focal point of a creative writing class. I think we might have the fundamentals upside down.

I want to try rearranging them. I want to prioritize storytelling, an art which requires acts of creation from top to bottom. And the top is not language--it is structure. Beginning, middle, and end. Conflict, climax, resolution. This is arguably the hardest act of creation--but I'm curious if it only seems this way because we've been taught from the bottom up. First language--syntax, style, detail, description, imagery, setting--then character, then plot. A story is not a story until it has a story structure. And that structure doesn't work well until it's attached, entwined with, a character. Language is a set of decisions just as complex, just as creative. But not until it's working in service of the character, and in service of the plot.

I believe that already puts me quoting from Vonnegut. I'm going to be teaching from some of Vonnegut's essays on structure, where he draws out plot arcs in terms of character (Cinderella is in a low place, she gets what she wants, then she loses it all step by step, then she gains everything back and more, into infinity. A plot arc and a character arc, intertwined). We'll then be reading Breakfast of Champions, which, to be honest, is a book I love but not a book I think is fantastic for its language, plot, or character. I'm not teaching it because I want them to write like it (though they certainly can if they want). I'm teaching it because I want them to read something by a writer who obviously also thought about what he was doing, to model for them the different levels of thought and decisionmaking that go into creating something from scratch. To teach them you have to think about it--you have to think about what your choices will do on the page, what your choices do for you as you're reading you, and what they might do for someone else. Not to outright adopt someone else's choices, but to pick and choose between many different possible approaches, always thinking of how you're going to have to write to achieve your goals--not Joyce's, not Flannery O'Connor's. 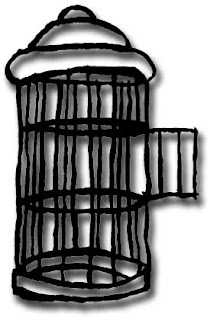 I see my main goal in teaching creative writing as returning the process of decisionmaking to the writer. Writers make decisions, millions of them, in order to create. They don't just always make sure to use the pretty words, and always make sure to make the most compelling characters. Those prescriptions will never yield anything but okay writing. Great writers have to prioritize, and finagle, and game things out, and change habits, and add and cut. I'm hoping the Vonnegut essay combined with the novel, early in the class, will help students start to take control of and develop a process--a beginning one, sure, but a creative one, and theirs.

Another reason I want to start with structure is simply that I think it's essential to storytelling, and very very few of my classes at any level have ever talked about it. A story is a wonderful thing. A plot is necessary undergirding for a story that wishes to be meaningful and engaging. Things have to happen. Those things have to be important.

The worst thing we ever did as a community of writers and teachers was to make "plot" a dirty word.
Posted by Tracy Rae Bowling