Writing Is Not Selfish

I wrote a post previously--almost a year ago--about how reading isn't selfless that I thought this post was going to be a companion piece to. It is not. But you may read that post anyway. (It concerns, in part, NaNoWriMo and editors whining about the selfish droves of writers who take the time of dwindling, martyred readers--so it might be appropriate, as we are not too far now from NaNoWriMo Eve.)

This post is, instead, about how we were eating lunch with coworkers the other day, and Mike committed a faux pas. He said, aloud, that he was shopping a novel. He made it very clear to a group of people who are not writers that he had both written a novel and considered it viable for reading. Reading by publishers, yes, but obviously, if his efforts to publish succeeded, he could rightly consider it viable for them, regular people, to read as well (though he did not say that). And I thought, Who does that? I thought, Doesn't he know how selfish this is? I thought, How are they supposed to respond. This is annoying for them.

And, who put that there? Who said talking about your writing or your writing career to strangers was a faux pas? Who said that we can't talk about writing as work, hobby, or both? Do I get annoyed when someone talks about filling cavities for a living, though I did not go to dentistry school and probably can't bring much to the conversation? Do I get annoyed when somebody talks about knitting a hat, though I do not knit and rarely wear hats?

But do I get annoyed when people talk about their writing projects and aspirations? I do, a little. I think, Why disclose something like that? I think, Who here do you think cares except you? I think, What do you want me to do about it? An admission of having a project, of working toward a goal that can only be realized when somebody gives up their time and effort to champion it, facilitate it, read it, respond to it--I imagine myself put upon by it. I imagine that I am being somehow recruited.

This is a spectacular ungenerousity. 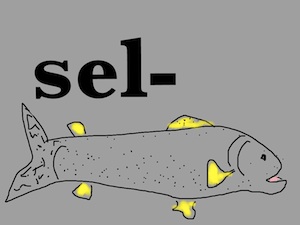 The problem with doing one's work in a community that is insular, like writing--one in which writers aren't just the producers of writing but the teachers, readers, editors, and publishers of writing--is that it is hard to feel like someone else's public declarations of intent to write are meant to share, rather than to self-promote. Writing is, after all, the most solitary act in the list above. It (usually) involves only one person. A writer writes in isolation from the input of others--we must be able to do this, at least--so if we can't handle the isolation that is having a project in the works, if we can't finish our work without soliciting the participation, through conversation, of someone else. . . . There's a judgment there. The judgment, I think, is that talking about writing is necessarily asking about writing. To talk about your writing is to have a motive, to want something in return: feedback, input, attention, help.

I have immense trouble talking to other writers, even, about my writing. In all honesty, I rarely get asked. I think a lot of people don't know I write because of how little I talk about it. Or they know I write but they don't know what my "deal" is as a writer the way they know Mike's "deal"--there's the fear, perhaps, that they'll insult, or assume wrongly. Or they don't feel like I consider myself a writer in the same way. Or they don't want to ask because they've asked before and I gave them a terrible answer. I am frequently writing from premises that are deeply embarrassing to talk about--I don't mean embarrassing as in "personal" or "nerdy" or "taboo," but embarrassing as in, "Who would spend time on that?" I write from concept, but once I'm in a concept I pretty much abandon any sense of larger purpose and just write whatever the first few words I've written lead me toward. My stories are often vague and atmospheric but carefully plotted. I am a person who loves sweetness, earnestness, sincerity, and my characters are usually dear. I write about a lot of young girls and "man-children." So most of the time I am writing a vaguely conceptual story whose commitment to its logic (however flawed) is unflagging and contains very dear characters and hinges on overtly sweet interactions.

But I love my stories. Of course I hate them too, sometimes. Loathe them and myself for writing them. But I must love them--why else would I write them. 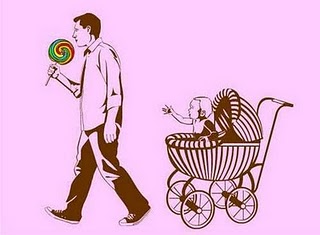 I want to be able to commit to this--just enough to be honest, to say, "I am writing a novel about a man who sails to Alaska to apprentice under a woman he believes to be the greatest psychic in the world," or "I am working on a series of short stories culled from, but not allegorical to, memorable moments of games in the Final Fantasy series" without also saying with my body language, tone, or even my words 1) "I am sorry to mention this," 2) "I know this is not interesting," so 3) "Don't worry, I don't expect anyone to want to read them, or for them to even be good." The truth is I do expect them to be good--once I've worked on them enough to call them finished--and I don't want to talk about it to get feedback, input, help, or attention. I just want to write them. I want to acknowledge my work with some degree of dignity. I don't--because I'm worried people will think what I think when someone tells me about their work. I worry that being a writer, and to advertise myself as one, is to present myself as selfish.

It's hard not to believe that anyone talking about their writing is not doing so because they want something in return.

The truth is, the principle that writers are selfish may be espoused primarily by people who think they're doing the world a favor by reading and/or printing that writing. But the prejudice is either enforced or weakened by how writers choose to talk about their work. If we can't talk about our writing as work or pleasure, but only as an artistic calling or a principled pursuit, as market fodder or as exemplary "craft," the way we do in cover letters and queries, there's little we can do but sound selfish. Our writing isn't a gift to the world any more than somebody's decision to read our writing is (reading, too, is much more honestly framed as either work or pleasure).

I think most of us know that--feel it pretty acutely, in fact. We can still talk about it like it matters to us. Because it does.
Posted by Tracy Rae Bowling