And now for something completely different: Cosplay babies.

Guys, it is not all frowns and serious faces here at the blawg. It is also pictures of babies pretending to be super heroes. (If you haven't read the blog before, you have no way of knowing this is a long-running feature, and one of our regulars' favorites.) Let's get started with one of our most excellent costumed babies: 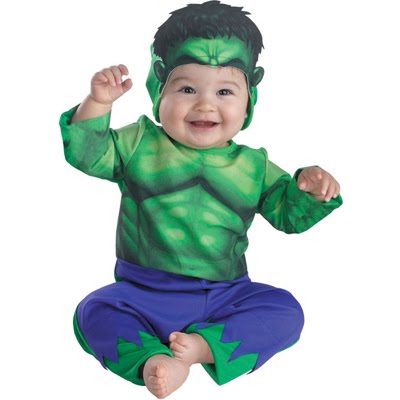 This baby is the hulk. He said we wouldn't like him when he was angry, but he doesn't look very angry, does he? The limp-wristed gesture of the left hand suggests a young man at piece with himself. The best detail of the costume is the plastic hulk eyebrows (a feature the costume's creators apparently judged more essential than the classic Hulk hands or Hulk nipples) and the worst is the little purple pants, which are far too long. Did his ankles burst the cuffs while his massive baby-Hulk thighs failed to even strain the seams? Implausible at best! 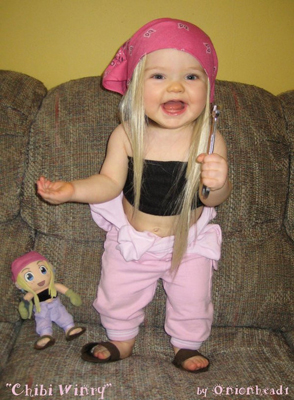 This one is a little more obscure. Her name is Winry Rockbell. Did you know my unpublished fourth novel had pretty much the same premise as Full Metal Alchemist? Neither did I at the time! Anyway, concerning the baby, it's taken me about twenty or thirty minutes of googling babies to figure out that this one is very likely wearing a wig, which breaks my heart a little -- not because putting a wig on a baby is cruel, but because I want to believe a baby can grow such a luscious head of hair. I like this baby's orange little nose, and if I question the wisdom of putting her in a black tube-top, her apparent joy at the wrench she clutches more than makes up for it. 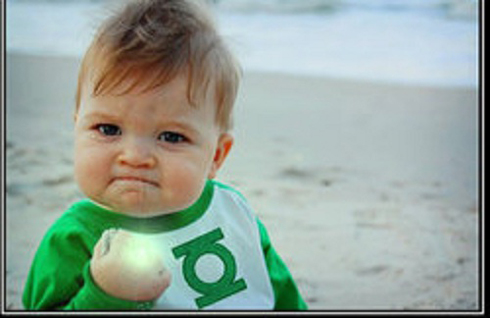 This jpeg is a photoshop I guess, which makes it a cheater, but look how determined he is! What do you think he is going to create with magical green energy using that ring? I think people might be upset if they figured out babies were only ever thinking about milky breasts, and I also think that is exactly what this baby is trying to create with his ring. WAIT GREEN LANTERNS ARE WEAK AGAINST YELLOW WHAT HAPPENS WHEN HE WETS HIS DIAPER 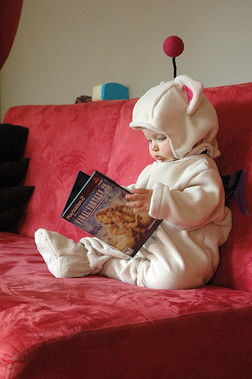 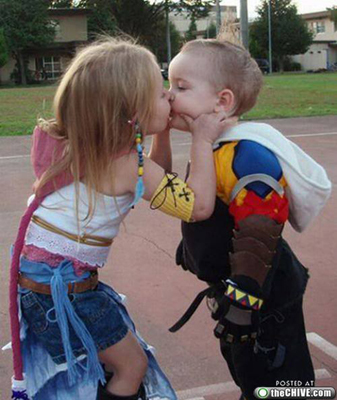 Speaking of Final Fantasy: this is horrible. I mean, okay, maybe it's also super-cute, until you realize that there is no way in hell two unrelated pairs of parents decided to dress up their totally unrelated children as characters from Final Fantasy X and make them kiss. The odds are so ridiculous that only C3PO could even begin to make them up out of thin air with any accuracy. What we are looking at right now is a little girl kissing her brother for their parents' amusement. 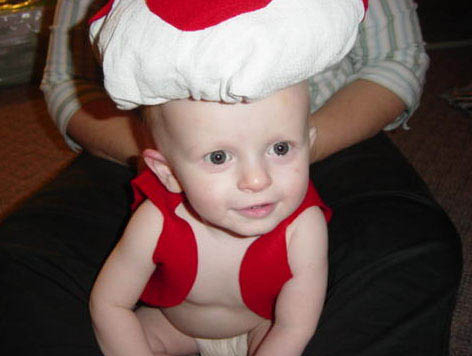 This is a baby dressed up as Mario's pal Toad. There is nothing funny here, and nothing to be made fun of. It is only beautiful and real, like a bear climbing out of a swimming pool. 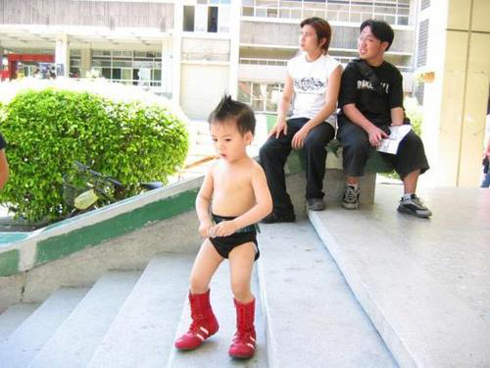 Okay, I know this is exactly how Astroboy dresses, but it made me uncomfortable seeing that done to a cartoon. This poor kid's costume is a sex crime. Note the way the two guys in the background avert their eyes: even in Japan, this is not an okay thing to see or know about. 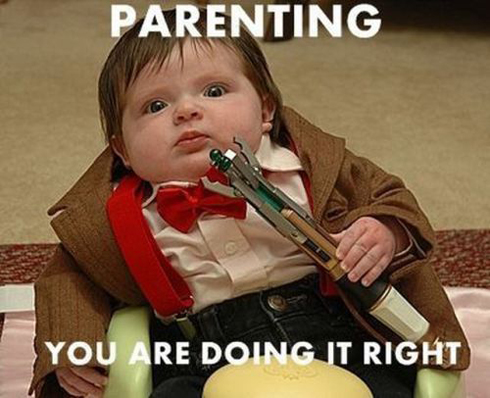 If you don't love seeing a baby dressed up in suspenders and a little red bow tie, then I don't want to know you. This is, of course, the most recent Dr. Who, Matt Smith, whose most winning quality is probably his resemblance to a baby. One thing I do wonder about is how they got him to hold onto the sonic screwdriver. What I mean to say is that he is clearly not holding onto the sonic screwdriver, so I wonder how they attached it to his hand, and whether that might explain the expression. 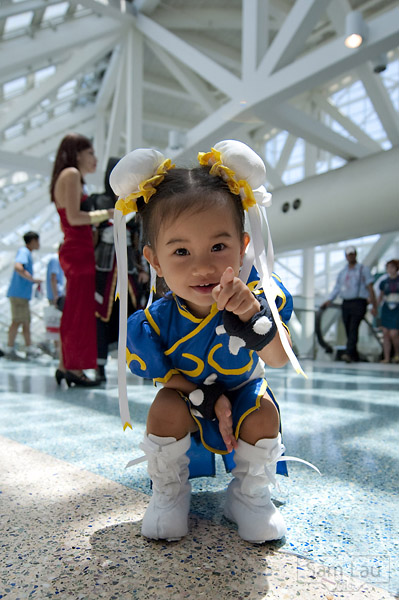 The best part is that we can't see her thighs. You can click that link: there aren't any baby thighs, I promise. But that's all I will promise.

And here's our last baby: 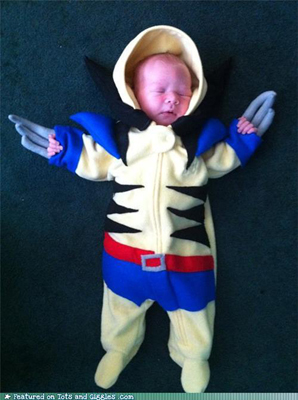 You might assume that these parents are fans of Wolverine, but you would be mistaken. Think about it: This outfit is clearly designed for little babies to just sort of lie around in. This is the sort of thing you buy for a super villain (and new mom!!) who never gets tired of seeing Wolverine prone. Note also the total disregard of the parents for the baby's comfort: the outfit is like twice the baby's size, but they'd rather send their kid for a swim in cheap wool than accept him for the not-Wolverine that he is. God help him when he grows up to be a Silver Samurai or a Lady Deathstrike instead. They are not going to take that news well.

Share your favorite pictures of babies in the comments!
Posted by Mike Meginnis