Visualizing Infinite Jest, and Other Texts 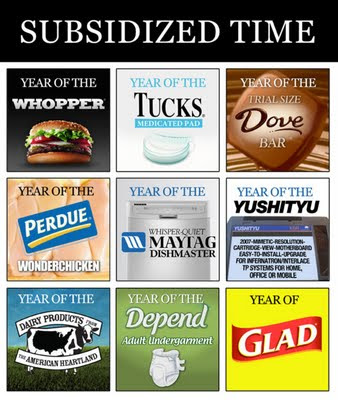 I was pretty excited to discover, by way of a link from my friend Ned, a blog devoted to bringing "some kind of visual life to the fictional filmmaker's body of work, as well as the world of Infinite Jest. The project has mostly focused on creating posters for the James O. Incandenza, which are interesting in themselves (I like the way blogmaster Chris Ayers uses these posters to bring attention to different easily missed aspects of Incandenza's filmography, noting subtler resonances in his double-fictional works) but I'll admit I'm more into designs like the one above, which seems to make concrete a more ordinary object of the novel's world. I'd kill (figuratively!) to see models of Teleputers, cartridges, and etc. Perhaps a vision of the samizdat itself.
When it comes to projects like this, part of the fun is just seeing people sharing their enthusiasm for novels. You see fanart and fanfiction for film and television all the time, but less often for fiction -- especially the sorts of fiction I tend to like best. This may have something to do with the fact that so many writers are the sort of ninnies that respond to works of devotion with carping about copyright. Anyway, the fanart aspect of it is a lot of fun.
But I think also there's a way in which this blog highlights one of the great powers of fiction, especially novels. You would have objects like this in a movie, of course -- if it had a proper budget, there would be scads and scads. If there is ever an Infinite Jest film, hundreds of people will work to build its world, to make art for it, to make posters and packages for food, and props, and costumes and what-have-you. And these things might be beautiful in their way, but once you get them together and make the film it can be sort of limiting.

The world of movies is shrunk by the fact of its explicit plenty. When you're watching a movie you of course exercise imagination -- you fill in blanks, you project the arcs of characters both onscreen and off, and you infer a sort of world around the rooms you see.

And yet there isn't enough time or enough mind to imagine very far or deep. Especially in visually rich films, we spend so much time and effort simply observing what's on the screen that it's unlikely we ever get too far beyond it.

With fiction, there is always room for something else. We can receive language and reflect on it at the same time. We can extend the language, imagine alternatives, revise, create our own additions. We populate the world. Not only because we have the opportunity while we read, but because we have opportunities between reading. I feel like a lot of people talk about finishing books in one sitting as if it was a good thing, and often it does suggest at least enthusiasm, but I've always found that the breaks I take between reading sessions are as productive as the reading itself -- you mull what you've read, you grow it, you enrich it, and when you come back, the novel's bigger, more solid, more beautiful for your contribution. It takes time to build those things.

Of course they're usually more ghostly than the designs Ayers is posting. You don't render the whole object. You half-build it. It's still more word than image, more container than content. But the collective weight of those ghosts can often be far greater than the harder realities of other forms.
Posted by Mike Meginnis