I have to say that as a fan of the medium, it's been genuinely exciting to watch the gaming community resoundingly reject Duke Nukem Forever as the ugly, idiotic, mean-spirited, rancid garbage that it doubtless is. There are, to be sure, Duke dead-enders in fora worldwide doing their best to justify the game's unique approach to such hilarious subjects as rape, but they have all the vim and pep of Sonic the Hedgehog loyalists -- the best they can manage is to suggest that Gearbox gave them exactly what they wanted, following this sad claim with a sad little shrug that suggests they know what that would say about them if it was true. 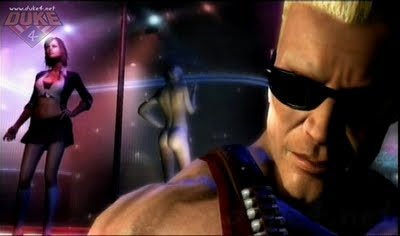 The deal-breaking scene (which I haven't found the energy to watch and so will not reproduce here) features Duke choosing whether to murder women who have been raped and impregnated by aliens (including at least one previous sexual partner, who is meanwhile begging Duke to take her back, as I understand it, promising to lose "the pregnancy weight" real soon) or to watch them die horribly as alien offspring burst from their stomachs. If you choose to kill the women, he makes jokes while you do it -- he also tells you, reassuringly, that they aren't really human anymore. I've read enough shocked descriptions of the scenario that I feel I could probably reconstruct it in some detail if pressed.
One of the interesting things about the overwhelmingly negative reviews has been the tendency of reviewers to affirm that it isn't rude, raunchy comedy that upsets them, and it isn't sex in and of itself. This is sort of surprising, and maybe in some ways a step forward for the community -- I feel as if generally, we've reacted against sexy content as if titillation were inherently bad, childish, even wrong. That's not what we're seeing this time. It's not that it's necessarily evil for people to want to play a game that features Sexy Fun Times, it's that Duke's particular brand of Sexy Fun Times is neither sexy nor fun. It's just ugly.

This does make me want to ask what people would suggest as a healthy alternative. I'm skeptical that games will do much better with sex than Duke for a long time -- not because game developers are an especially immature group, as some would hold, or because gamers themselves are much worse -- I've known a larger share of generous, sensitive, thoughtful gamers than I have known people from the general population with these qualities (yes, this is self-selection and confirmation bias, but still: I feel it). The trouble is that games are not like sex, and may not develop the capacity to represent it until they've cracked what may be the greatest technological and design challenges they face.
In other words, the goal of a game -- as we've discussed here before -- is really to master an abstracted system that hides behind the concrete specificity of its world, objects, physics, visuals, etc. You become great at a shooter when you stop seeing the shooter and start seeing the simple geometry, the trajectories, the math behind it. This, more than any deficiency in the male character, is the reason that games tend to be power fantasies about ballistics. Shooting is one of the easiest physical interactions to depict in a satisfying way (you don't even have to render the bullets, only to project their movements and demonstrate the results) and as a form, video games are uniquely equipped to tell the story of mastery, of gathering power, of gaining control.
If this sounds suspiciously like a list of our culture's worst sexual tendencies, you may see where this is headed. If it weren't already our tendency to treat women as something to be conquered, as proving-grounds for our own masculinity, games as they exist today would still encourage that approach -- again, not because we or they are evil, but because games are about what healthy sex is not about. Just as the imbalance between genders where games are concerned is baked into the cake of our current models of the sexes (men are raised to destroy, to master, to overpower, and this is what games are best at depicting) so is any narrative of sexuality depicted through games inherently likely to encourage the ugliest impulses. 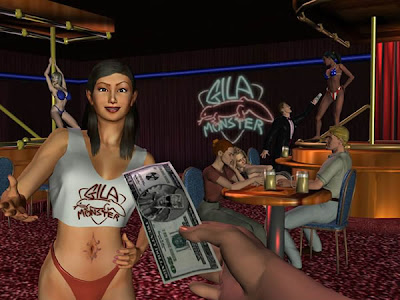 This is especially the case because sexuality can be so malleable. When people claim that games were at the root of a given act of violence, this is deeply implausible: unless you were already truly damaged, you simply don't shoot a person because you saw Master Chief do it. That's ridiculous. Even the weakest moral compass would be enough to tell you that was wrong. And likewise, I sincerely doubt Duke Nukem Forever will lead many gamers to a newfound interest in snuff. But it might encourage them to think of their girlfriends, their wives, and the women they would like to be nearer as things to be manipulated, controlled, managed, used: as variables in a ballistic system.
Sex is fundamentally narrative. We like what we like because of the stories we can tell ourselves. And many seemingly unhealthy stories can in fact be very productive, useful, powerful, even beautiful -- part of the trouble with sex is that we've been persuaded our own bodies are weird and wrong, such that we have trouble knowing when we're using them the way we were meant to. We begin corrupted by our culture and then we try to find a way to heal. What we don't need is further incentive to hate ourselves, and each other -- and it's worth noting that for all Duke Nukem Forever encourages us to hate women, it does far more to encourage men to hate themselves: there is no one as ugly, as loathsome, as pitiful as Duke himself. You can literally fling shit around in this game with Duke's bare hands. You can microwave a rat to death. You take steroids, presumably destroying your body and withering your genitals, to get strong and kill bad guys. Duke Nukem Forever degrades nobody so much as it degrades Duke.
What are the other ostensibly sexy games out there? Well, there are a few. There are games where you take nude photos of women. These do not look very fun. There are, I think, massively multiplayer sex games -- I don't know anything about these, but I imagine that even the worst are better than most in other genres, simply because you have to interact with other people to get what you want. There are, of course, about a million sex games in Japan, which I would judge unkindly if I felt entirely comfortable judging the sexual discourse of another culture -- I haven't played any, but as I understand it rape is fairly central, as are any number of fetishes that seem, to my sensibilities, somewhere between icky and immoral.
There is the upcoming Catherine, an "erotic horror puzzle platformer" that seems at least potentially interesting, but which seems also likely to operate by making people more afraid of themselves and each other. If we're lucky, this will be therapeutic, a way of processing these fears. If we're not, it will only be grotesque.
Probably the most successfully sexy games I've ever played were only sexy incidentally -- the Lunar games, a charming and perpetually remade series of Japanese RPGs. The Lunar series has a fairly incidental set of collectibles called bromides that are essentially harmless cheesecake shots featuring the women of the games (and -- good for them -- a couple of the men). The pictures are rarely very revealing, the sort of thing you might see on Myspace without thinking twice. I found them tremendously embarrassing as a teenager playing the games, but while you might question the decision to let the player collect naughty pictures of characters he's supposed to come to know and respect, the key here is exactly the concept of character: whether entirely innocent or more suggestive, they consistently emphasize the personalities of their subjects. The player is encouraged to see these women as people, even at the height of their apparent objectification. The results are genuinely charming. 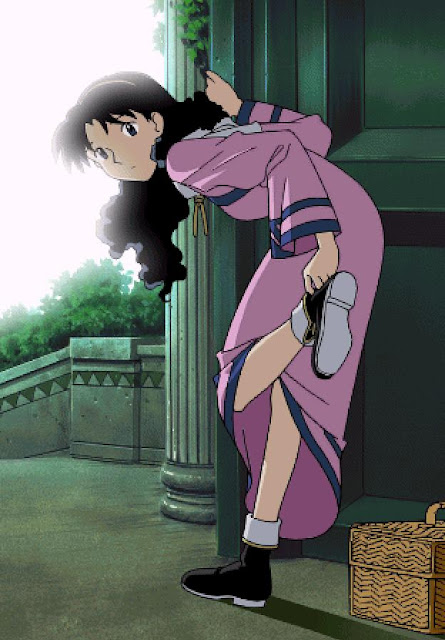