My story "Zero" available for purchase. 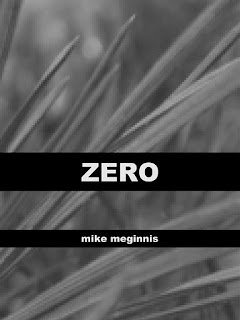 Hey guys. This isn't so much an Uncanny Valley thing as a me thing. I wanted to learn how to make ebooks, so I pretty much hand-coded one from scratch using my story "Zero." The story was originally published in The Lifted Brow, which, that being an Australia-based publication, means you probably missed the story. 1.5 years later it's still one of my best and very likely my most bleak, and so I decided to make it available for purchase. You can get it from the Kindle store or directly from me (in which case you get the epub version as well as the mobi file). Here are the first few paragraphs:

For all legal purposes, her husband was alive. The doctor made a point of this. Given a physician's agreement, removal of a rubber feeding tube was not murder. To put a knife through his neck, or to shoot him, or to instruct the body to end himself somehow—this was different. “Not that you would do such a thing,” said the doctor, “but you should know what could happen, if you did.”

Medically speaking, the case was more ambiguous. If a virus—which has no metabolism but does reproduce, though only through host cells—could be considered alive, then so could her husband. “If,” said the doctor. “The jury is still out.”

Her husband was perhaps a kind of parasite. “But aren't we all,” the doctor said. He adjusted his glasses, smiled without mirth. “There's a joke in there somewhere.”
Philosophically, well, it depended a great deal on one's philosophy. The doctor said that his was medicine. He had to preserve life (or its appearance) at all costs. He asked about her philosophy. When she said she hadn't chosen he insisted she must for the sake of discussion. He suggested possibilities.

He didn't seem to know what that meant.

“It means I have to minimize suffering,” she said.

That was all right, then. Not pertinent, though. Her husband was not suffering. It was important she remembered.

“So your husband may not be alive anymore,” said the doctor, “or he might. It's essential that you don't settle the question by killing him. It's called persistent vegetative state, not permanent. He may still come out of this thing. Wouldn't that be something?” He nodded several times.

He said, “It can be frightening.” He said, “The body might be childish at times. He may seem moody. He will do strange things. Sometimes he'll get up in the middle of the night and rifle through the refrigerator, removing expired products. Sometimes he'll organize your records. We don't know why this happens, but it does.”

I hope you'll buy it, and I hope you like it.
Posted by Mike Meginnis